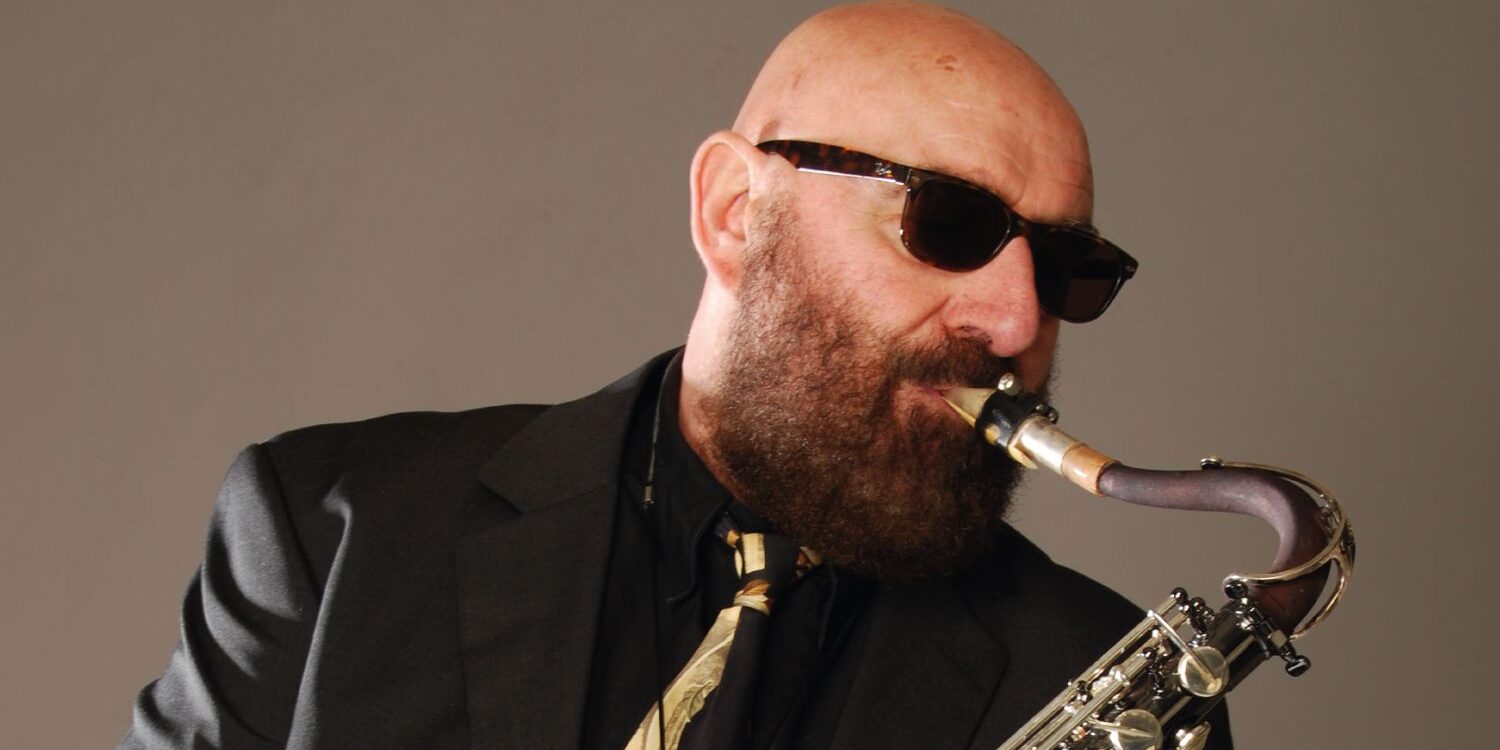 Seven musicians in black suits enter the stage. The focus is the charismatic personality and bandleader, Albie Donnelly. The power troupe has the audience on their side from the very first number. Stage presence, show, choreography, humor, perfection, virtuosity—that is Albie Donnelly's Supercharge.
In 1973, Liverpool bandleader Donnelly formed Supercharge with a bunch of fellow local musicians to counter the ubiquitous "Mersey beat" with their own music. Rhythm 'n' blues, soul, funk, and lots of English humor characterize the first record production, "Between Music and Madness." Studio recordings in London with Bob Geldorf and the Boomtownrats, record deals with Richard Branson's Virgin Music, productions by Robert "Mutt" Lange, gold records, No 1 hits, and a tour in Australia followed. Performances with Graham Parker, Fats Domino, Chuck Berry, Ray Charles, BB King, and Queen made Albie Donnelly's Supercharge the number one rhythm 'n' blues band in Europe.
After 40 years "on the road," Donnelly—Mr. Supercharge—is still coolness personified. Equipped with the proven attributes of a full beard, dark-tinted glasses, and a highly polished bald head, he is not only an artistic sensation on the tenor saxophone but his voice, which has matured over the years, is as striking as ever. This is how the band finds its way back to the powerful rhythm 'n' blues of the old days: With baritone sax, trombone, guitar, keyboards, bass, and drums, fat arrangements are guaranteed. The seven-piece band delivers a compact unit, energetic "between music and madness."
Tickets are CHF 35 in advance and CHF 40 at the door.