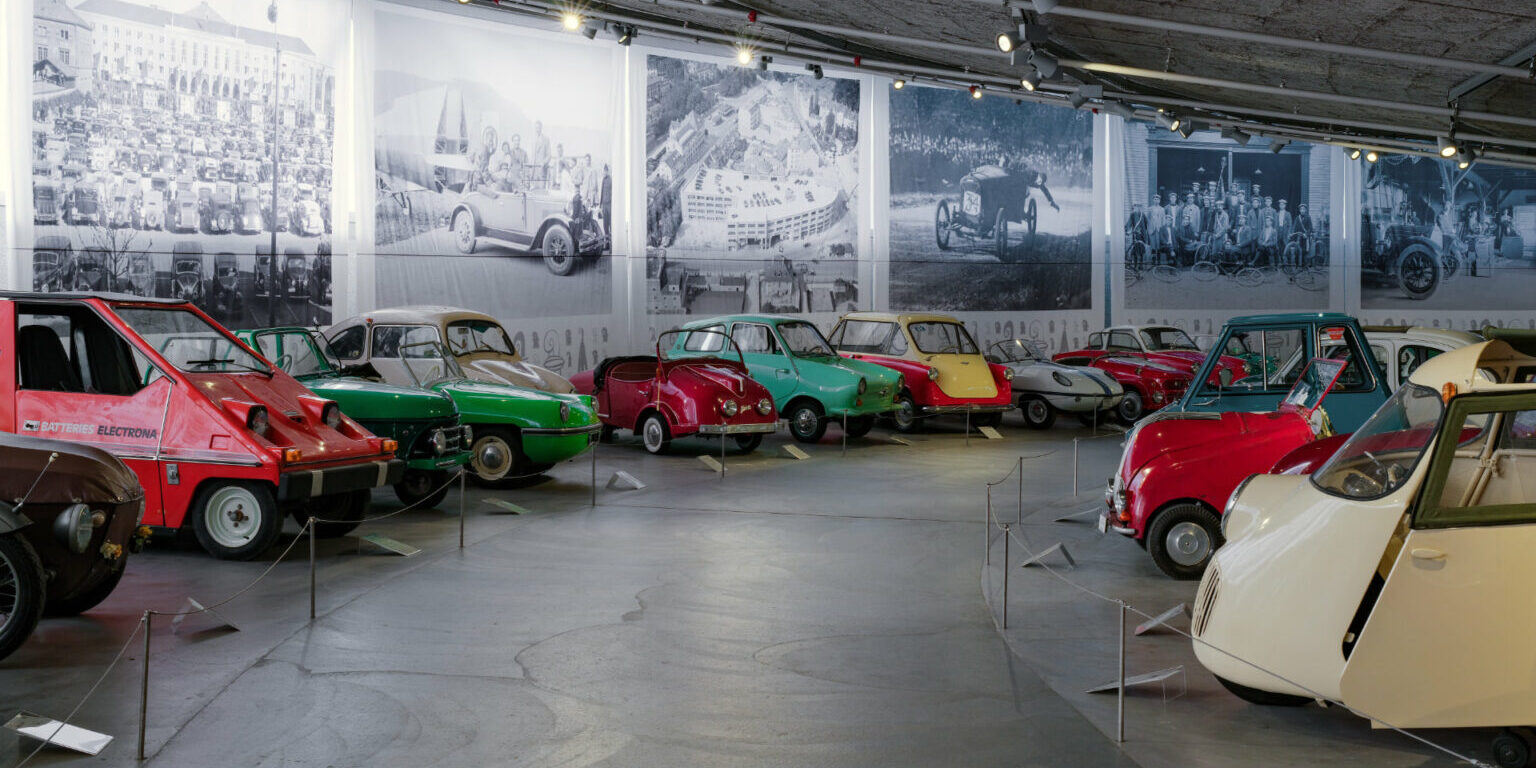 The new exhibition at the Pantheon Basel focuses on microcars—a type of vehicles whose history is tightly connected with the German post-World War II history, from the end of the war to the beginning of the “economic miracle” era in the 1960s.
Directly after the end of World War II, the production of automobiles was strictly forbidden in German. Fuel was only available to the occupying powers. Only the 1.7 million war invalids enjoyed certain relief. Simple ambulance chairs or wheelchairs were allowed to be built. After the currency reform of 1948, when more materials became available but hardly anyone could afford a proper car, minicars became popular as an affordable alternative, not only in Germany. Even before the war, they had been popular in France and England because they could be driven without a license. Smaller numbers also were built in Austria, Italy, and Spain as an inexpensive alternative to larger cars, and a modest number also found their way onto Swiss roads.
As prosperity increased, so did the demand for small but proper cars with four seats and a luggage compartment. The Goggomobil by Glas, the Zündapp Janus, the extended Isetta by BMW, and the Lloyd were in vogue. The time of the hobbyists and their niche products was over. The large factories of VW, BMW, Opel, and Ford began to conquer the market with inexpensive, but almost fully grown vehicles and ousted the scooter mobiles at the beginning of the 60's completely.
Few examples of the microcars have survived, and many of these are now shown at the Pantheon, collected by a group of enthusiasts who since then lovingly cherish and care for them.