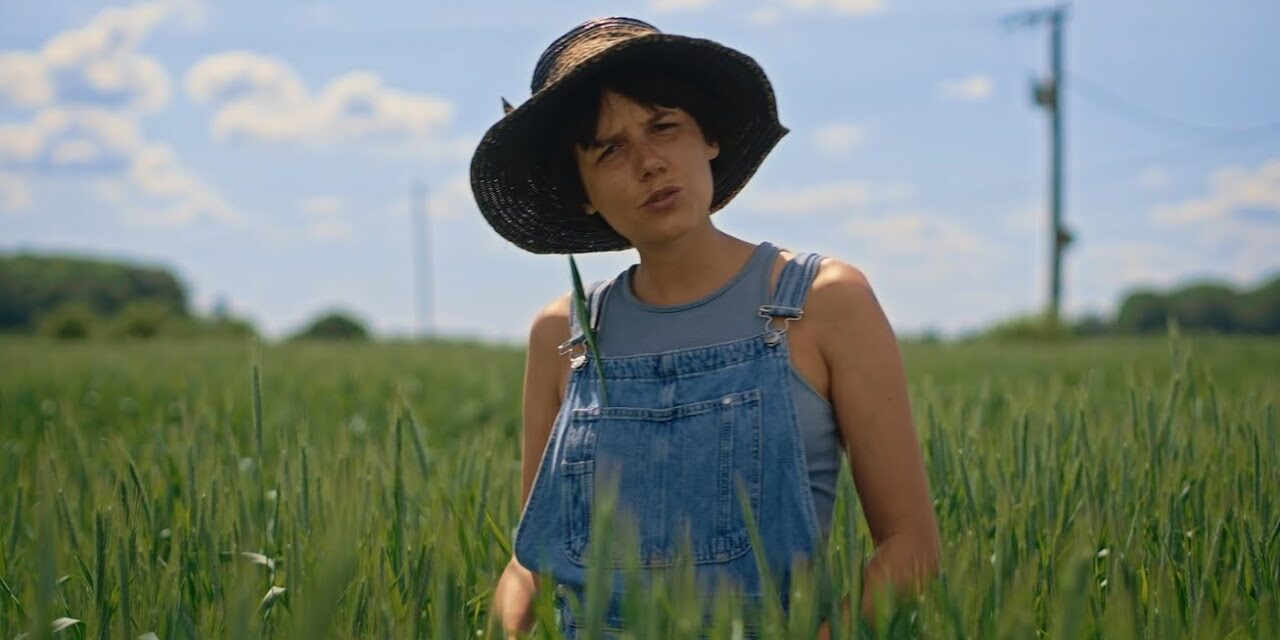 The Berlin-based singer-songwriter Anna Erhard has named her second solo album “Campsite.” The title track, however, is not a longingly plucked guitar song for the campfire. On the contrary, “Campsite” has a cool beat surrounded by rattling and ringing. The guitars create all sorts of background noise while Erhard recites a series of campground memories in a voice that sounds like how one feels waking up to the mid-morning sun after a great but short night in the tent that's heating up.
In the 1990s, alternative acts like Beck or Luscious Jackson played this kind of deadpan slacker pop. Now Erhard brings back this sound—along with a few more. The album offers an incredible wealth of styles, melodies, and stories.
Erhard, who was born in Switzerland, has lived in Berlin for three years. She was previously the singer and guitarist in the Basel indie folk band Serafyn, who released two albums in the mid-2010s. After that, however, Erhard felt as if the band's sound had been told. She moved to Berlin, played her first solo gigs, and was inspired by her new home when writing songs. "Relationships and encounters in Berlin are more fleeting, life as a whole is more in flux," she says. "Of course, these experiences influence my songs."
Tickets are CHF 25 in advance and CHF 28 at the box office.