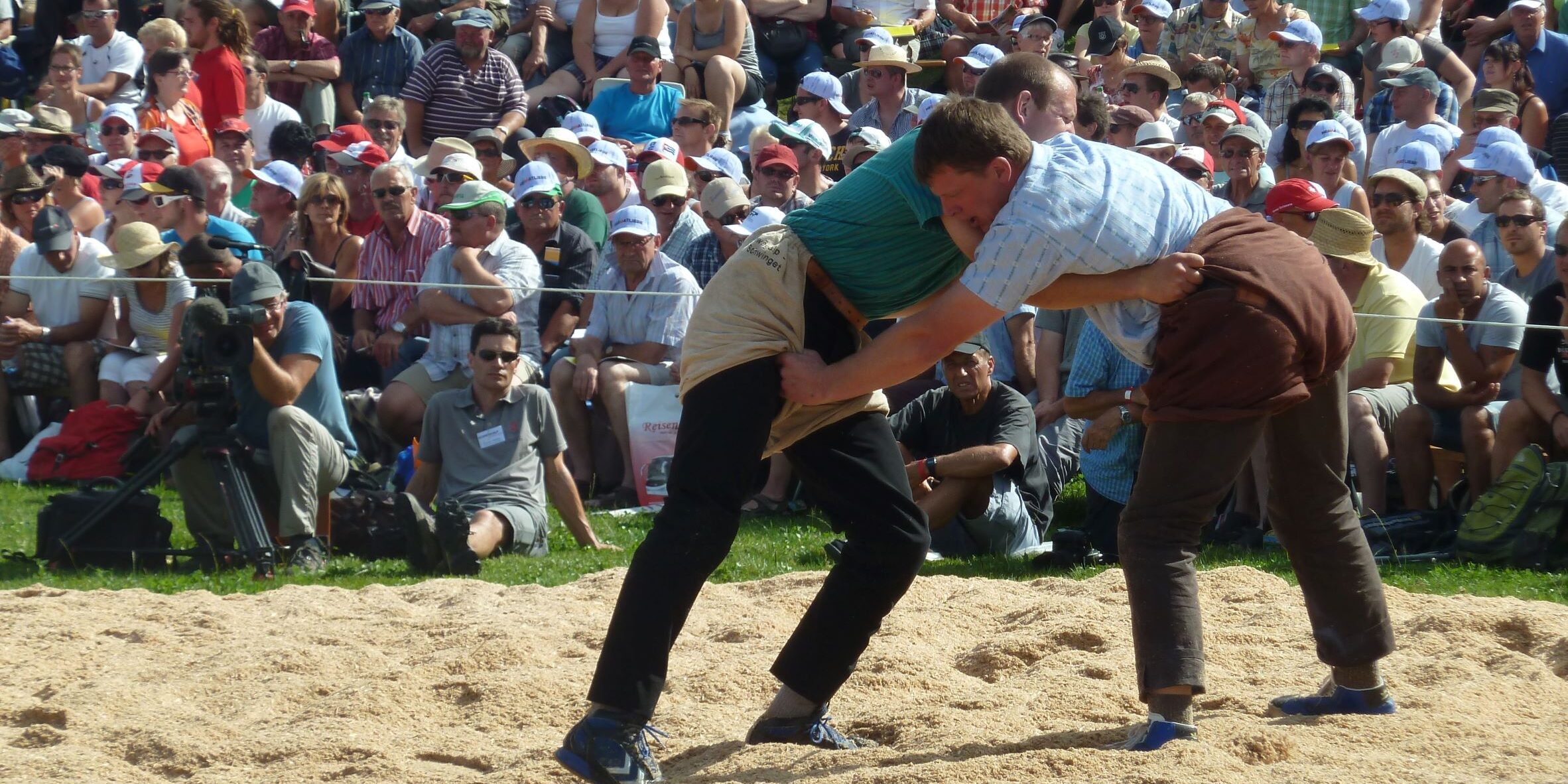 Want to experience a truly Swiss sports tradition? Then you should head out to the 101st Baselstädtischer Schwingertag—a competition of Swiss-style wrestling, or “Schwingen.”
Schwingen has been around for hundreds of years. In contrast to traditional wrestling, the events are held outdoors, on circular arenas matted with sawdust. In addition to their traditional clothing, the two wrestlers wear short pants made of burlap and held up by a belt. To start the match, the wrestlers hold each other by those pants and then, as in traditional wrestling, try to trip or throw their opponents so that they end up on their backs. There are numerous throws they can use, many similar to those used in traditional wrestling or judo. The match ends when the winner manages to throw his opponent to the ground so both of his shoulders touch the ground while holding on to the loser’s pants. At the same time, the fighters are awarded points for the throws they use, so if neither of the two manages a winning throw after a given period of time, the more active fighter receives the higher number of points. As a sign of respect for each other, the competitors shake hands before and after each bout, and the winner brushes the sawdust off the loser’s back after the bout.
Tickets are available at the onsite box office; for seats, they are CHF 20 for a full day or CHF 10 for a half day, and for standing room they are CHF 15 for a full day or CHF 5 for a half day. Youth under age 16 are free.