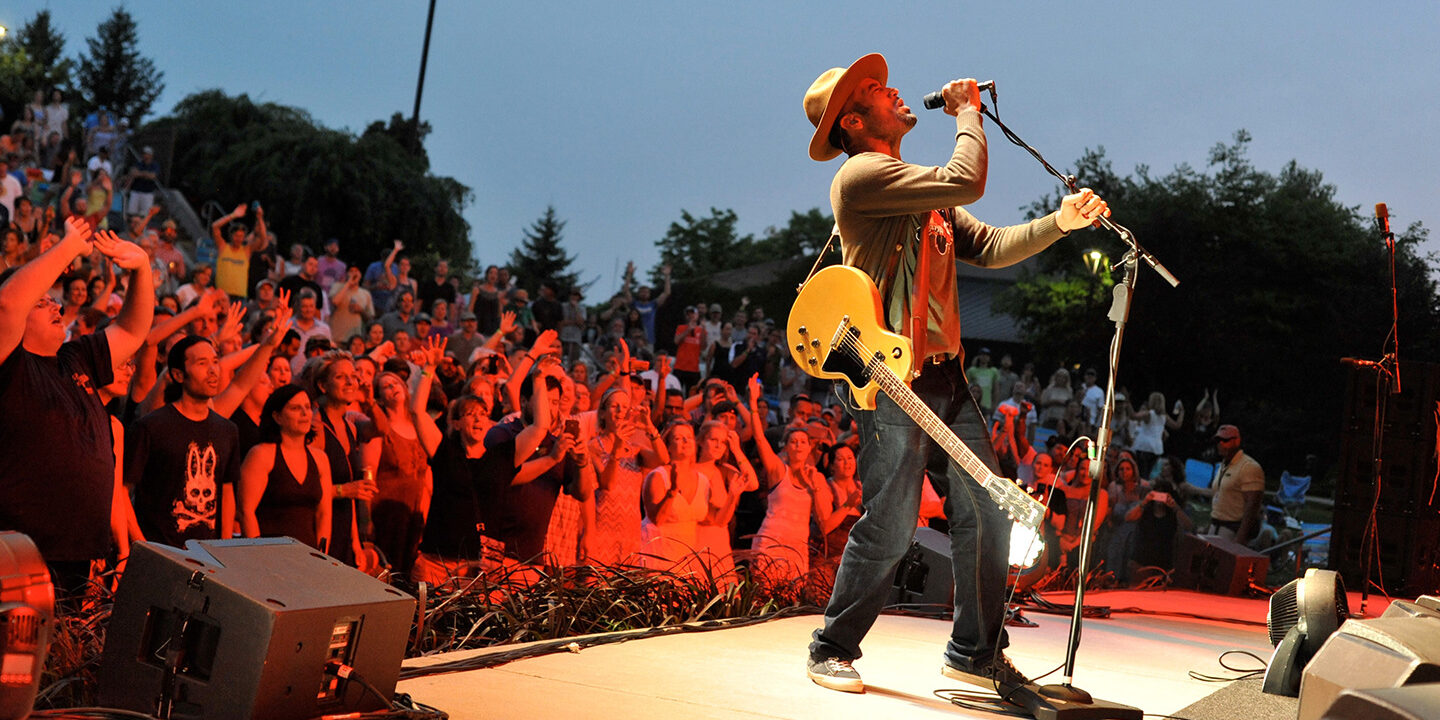 Active since the early 1990s, Ben Harper is one of the biggest consensus artists in the folk, rock, blues, reggae, and soul scene today. Equally influenced by Bob Dylan and Bob Marley, the multi-talented multi-instrumentalist breaks new ground with each album. The American inspires indie rock fans as well as old school purists. Twenty gold and 7 platinum awards as well as three Grammys adorn the career path of the exceptional talent from California. In July 2022, Ben Harper will come to the Z7 Summer Nights (open air) with his congenial backing band The Innocent Criminals for an outdoor show. The young shooting star of the blues scene, Christone “Kingfish” Ingram, is a special guest. With The Two and Tom Freund, two fascinating supports complete the program. A must for folk and blues fans of all ages.
Tickets are CHF 75.