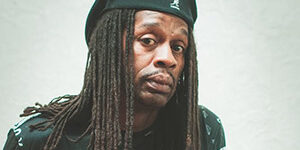 Like father, like son. The correctness of this saying applies perfectly to Bernard Allison, the uncrowned "King of Groove" (https://www.bernardallison.com/). Born in 1965 in Chicago, the thoroughbred musician is continuing the legacy of his father, the blues legend Luther Allison, with flying colors. In his parents' house, Allison received detailed instruction in the secrets of black music from an early age. Ten years of apprenticeship followed, including with Koko Taylor and in numerous sessions with masters such as Johnny Winter or Stevie Ray Vaughan. From this, Allison finally developed his very own sound—a rocky-funky interpretation of the blues, with which he has long since catapulted himself out of the oversized shadow of his father.
Tickets are CHF 36.50.