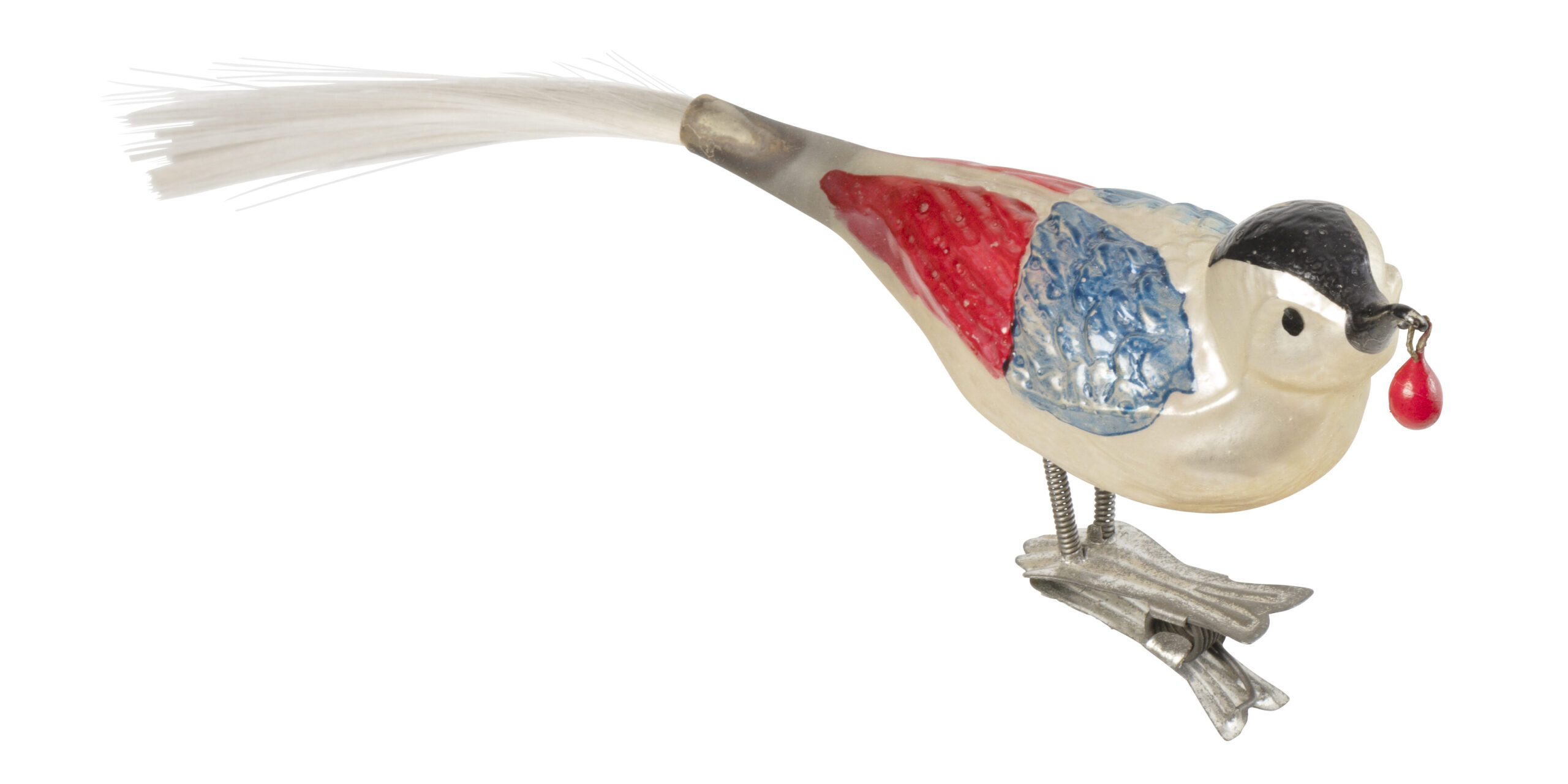 More than 600 animals crawl, fly, swim, and hop through this year’s Christmas exhibition at the Spielzeug Welten Museum—a testament to the variety of creatures that enlivened Christmas trees as early as 100 years ago. Filou the Christmas dog guides the youngest visitors through the exhibition. Gripped by a longing for adventure, he sets off on a great journey. The curious dog meets new animals wherever he goes—until homesickness strikes in the desert. And so he returns home to take his place under the Christmas tree.
Grown-up visitors are given insight into the highly diverse array of techniques used in the early Christmas tree decorations industry: animals made of Dresden cardboard feature alongside Gablonz and Victorian Christmas decorations, candy containers, and glass-blown objects. Whether sheep, fish, dove, or lion, nearly all animals referred, intentionally or not, to the Christian faith. Their use in this context was a modern echo of the “bestiary”—the medieval book that linked (supposed) characteristics of animals to the Christian doctrine of salvation.
Most of the exhibited ornaments were made in Germany between 1880 and 1930. Objects from the Spielzeug Welten Museum’s collection will also be featured alongside loans from Alfred Dünnenberger, Peter Baumann, and Doris Albrecht Mäder.