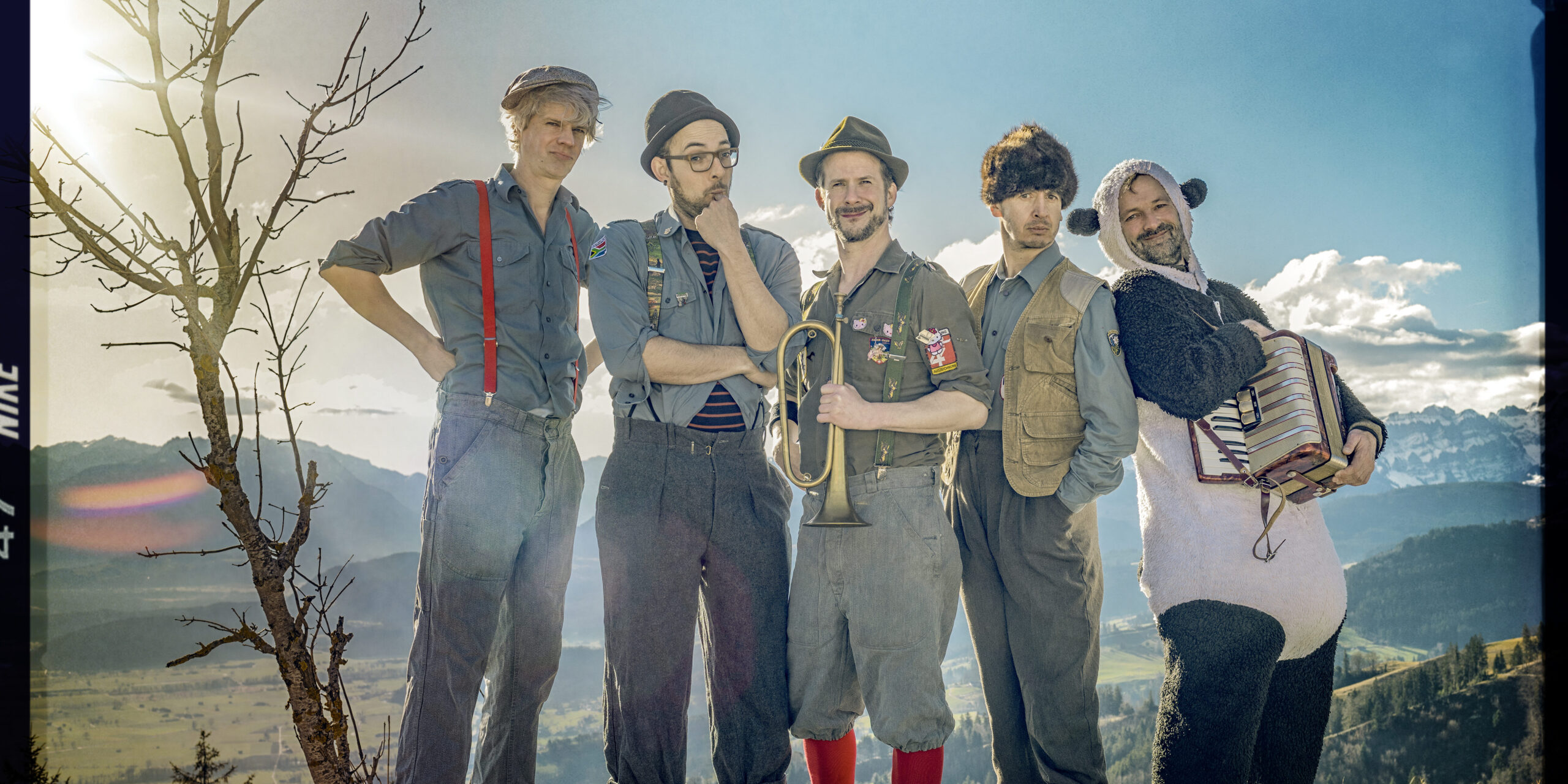 When Marius, a real limelight hog, and his four virtuoso comrades let off steam during the performance, there’s not a dry shirt on stage or a dry eye in the audience. Marius isn't sure yet whether he wants to take a trampoline with him for the new program so that his legendary jumps can get even higher and so that he doesn't lose track in the chaos of the hunters. Once again, the hunters will make their way from blunder to blunder to the delight of the children! And that's all that matters here!
Tickets are CHF 22 for adults and CHF 17 for kids.