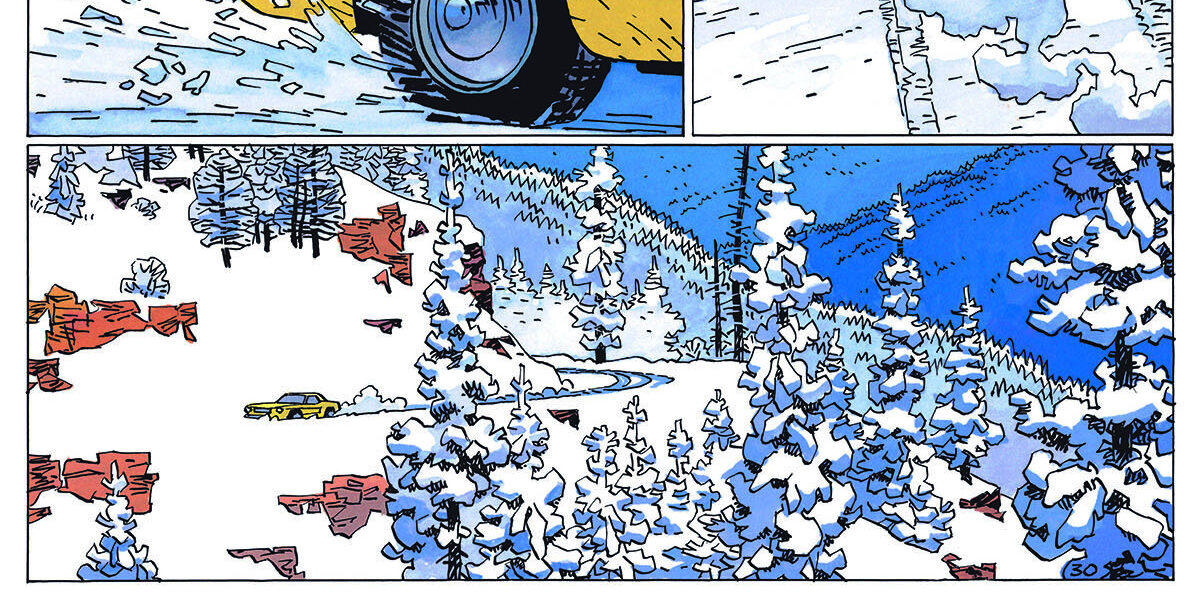 Born in Lausanne as Bernard Cosendai in 1950, into a family with U.S. American roots, comics artist Cosey has always been confronted with questions of identity. He is one of the European artists who, against the backdrop of the upheavals seen in the 1960s and 1970s, enhanced the comic with sophisticated themes for an adult audience.
In 1970, after an apprenticeship in graphic design, Cosey became an assistant and colorist for his idol, the artist Derib from Western Switzerland. In 1975, he started to draw for the magazines “Tintin” and “Spirou”’ and launched his internationally acclaimed 17-volume series “Jonathan,” whose final album appeared in 2021. His confident, realistic line work takes the reader on journeys through remote parts of the world—and into the inner workings of his complexly designed character Jonathan, an alter ego of the author. Here, Cosey’s travel experiences, shaped by respect for the foreign, link literature, film, and contemporary music with cultural and political themes surrounding Chinese-occupied Tibet and its people.
Besides his magnum opus, he has also published influential one-shot albums, such as “À la recherche de Peter Pan,” “Le voyage en Italie,” “Le Bouddha d’Azur,” and “Zeke raconte des histoires,” as well as two atypical albums in the style of legendary “Mickey Mouse” cartoonist Floyd Gottfredson. In 2017, the Angoulême International Comics Festival awarded Cosey the Grand Prix for his life’s work.
Cartoonmuseum Basel is paying tribute to Cosey in a retrospective—his first in the German-speaking world. It encompasses original drawings, including pages from the latest and final volume of “Jonathan,” photographs, sketchbooks, films, and ritual objects from Tibet.