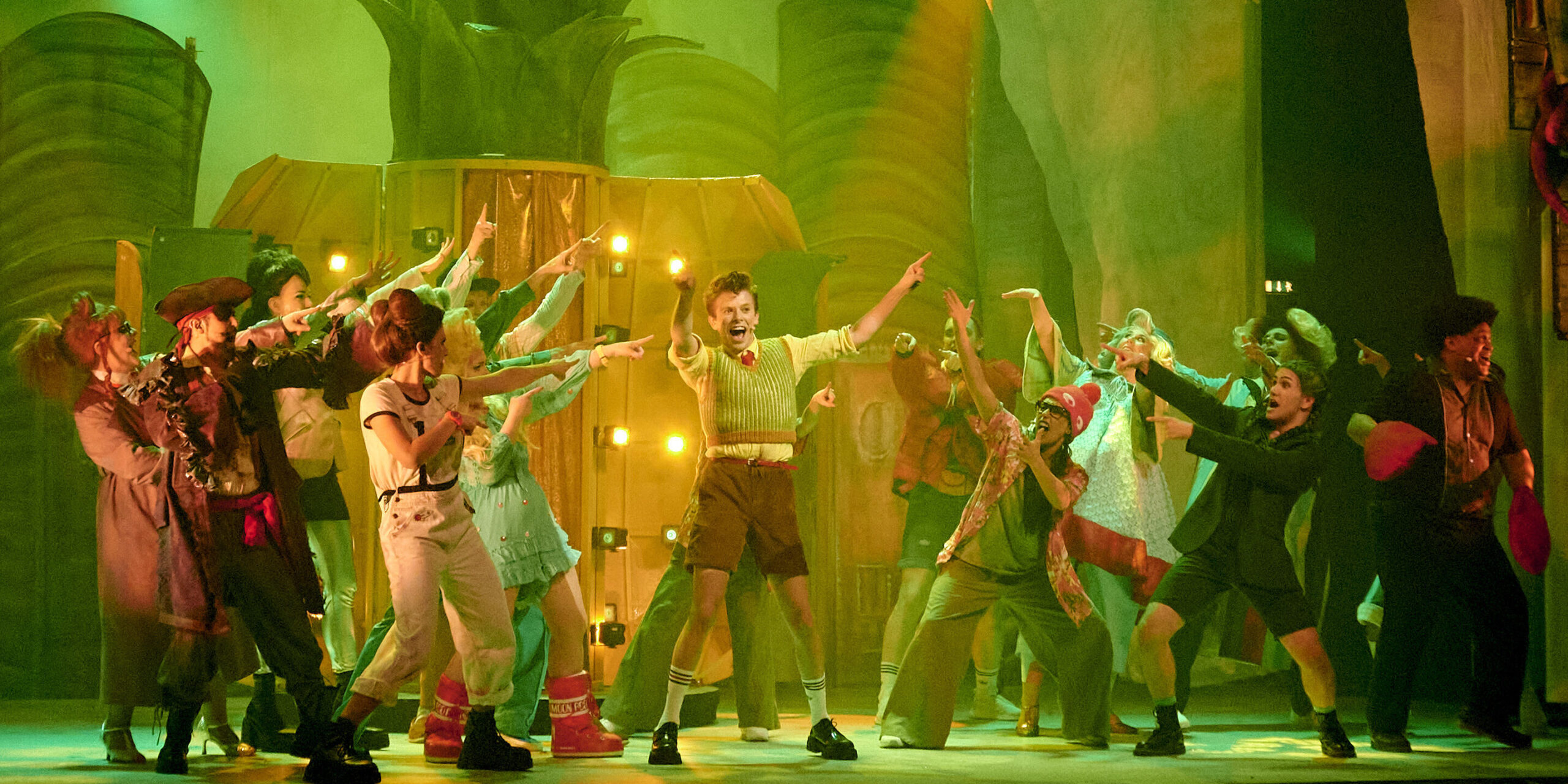 "Das SpongeBob Musical" is a colorful mix of an exciting story, versatile characters, and a soundtrack composed by the really big names in the music industry. The show not only captures the character of the original series, but also proves how fresh and varied musicals can be.
The story: The underwater world is in danger! Chaos erupts in Bikini Bottom as a volcano threatens to annihilate the entire city. But SpongeBob and his loyal friends are determined to save their homeland. But that's not the only problem they face! Plankton hatches an evil plan to trick the people of Bikini Bottom. It takes a brave hero to stop the volcanic eruption and Plankton's evil deeds, but no one in town seems up to the task. As Bikini Bottom's grim fate draws ever closer, SpongeBob realizes that the only way his home can be saved is if he and his friends climb the fire-breathing Killer Mountain and surpass themselves... A story about friendship, adventure and an unconventional hero who always believes in good.
Musically, the audience can look forward to some well-known and some new hits from the pop/rock genre. As dazzling and lively as the series is known to be, the music is also made up of multi-faceted sounds by well-known artists. Featuring songs by David Bowie, Panic! At the Disco, and John Legend, “SpongeBob—Das Musical” definitely provides a lot of atmosphere and catchy tunes (songs and dialogues in German). Modern entertainment for young and old.
Tickets are CHF 89.95-119.95.