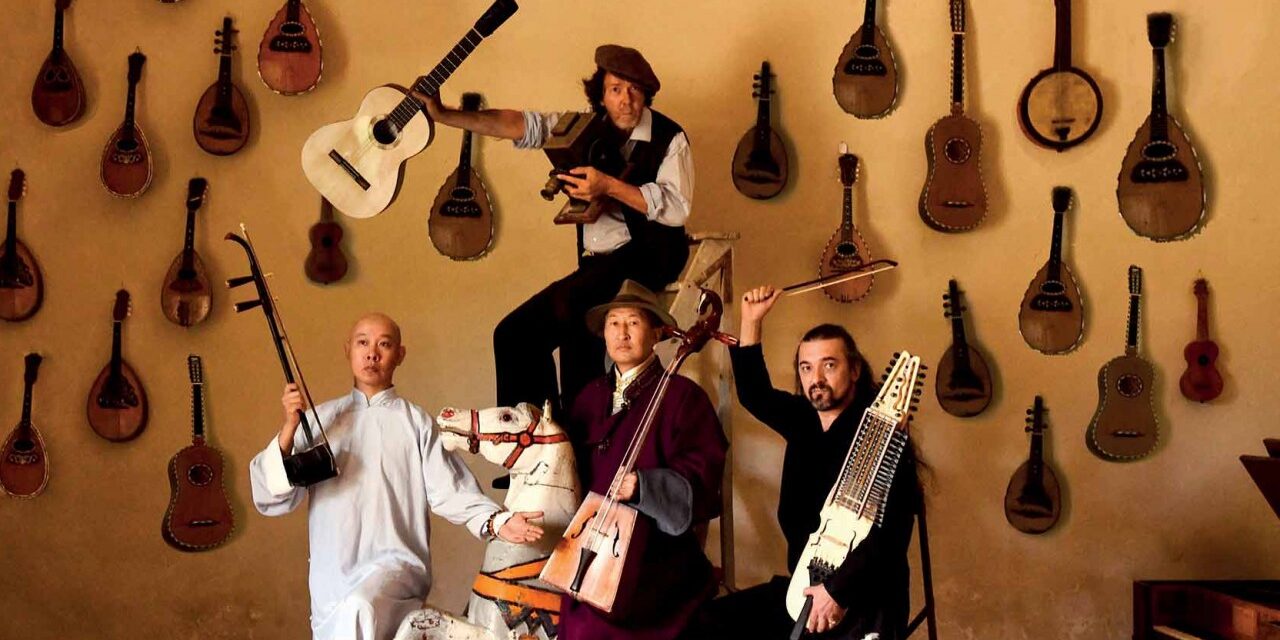 Mathias Duplessy, a “curious virtuoso, is in love with traditional music; he learned to play instruments from the four corners of the world and collaborates with artists from all traditions. His music, full of freedom, breaks down borders and opens the doors of our imagination. With “Les Violons du Monde,” Duplessy picks up his guitar and brings together three traditional musicians from different backgrounds for an exhilarating journey across the five continents, with the sounds of rare strings—a 1,000-year-old Chinese erhu with two strings, a Mongolian morin khuur with horsehair strings, and a Swedish nyckelharpa with multiple strings and keys.
Since their first album, hailed by André Manoukian as "a bridge braided in horsehair between European classical music and Asia," the quartet has continued to evolve and surprise their audiences while performing on stages around the world. Among the original compositions, there are some recognizable anthology pieces, totally revisited—Dire Straits or Ennio Morricone as you have never heard them! The music invites you to travel beyond time and borders!
Tickets are € 6-28.