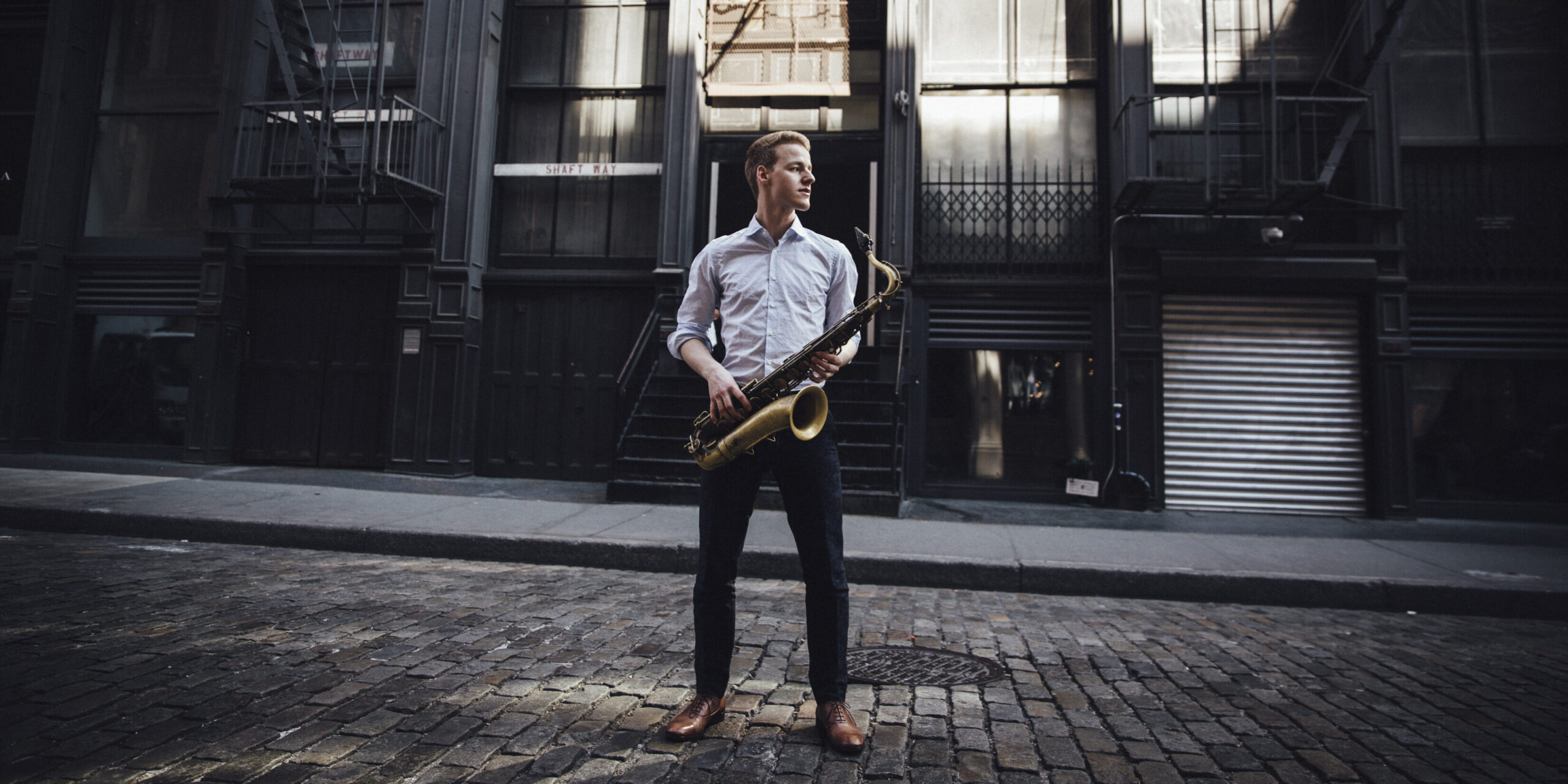 Fabian Willmann (*1992) studied with Domenic Landolf and Adrian Mears at the Basel University of Music as well musicology at the Albert-Ludwigs-University Freiburg on a scholarship from the German National Academic Foundation. From September 2015 to July 2016, he continued his saxophone studies with a scholarship from the German Academic Exchange Service (DAAD) at New York University with Mark Turner, Joe Lovano, and Chris Potter. He is a member of various bands. On this evening, he will be celebrating his CD launch with Jeff Ballard on drums and Arne Huber on bass..
Melissa Aldana was born in Santiago, Chile in 1988 and began playing the saxophone at age 6 under the influence of her father, beginning with alto then later switching to tenor sax. Aldana graduated from Berklee in 2009 and moved to New York City to study with George Coleman. In 2012, Aldana formed a band, Melissa Aldana & Crash Trio, with Cuban drummer Francisco Mela and Chilean bassist Pablo Menares, and they release their debut album in July 2014. In March 2016, the group released their second album entitled “Back Home,” on which drummer Mela was replaced by Jochen Rueckert. On her latest album “Visions,” Aldana combines her own work with the legacy of Latina artists who have preceded her. Inspired by the life and work of Frida Kahlo, Aldana draws a parallel between her experiences as a saxophone player in a male-dominated community and Kahlo's experiences as a visual artist struggling to assert herself in a male-dominated landscape.
Tickets are CHF 36.10-76.90.