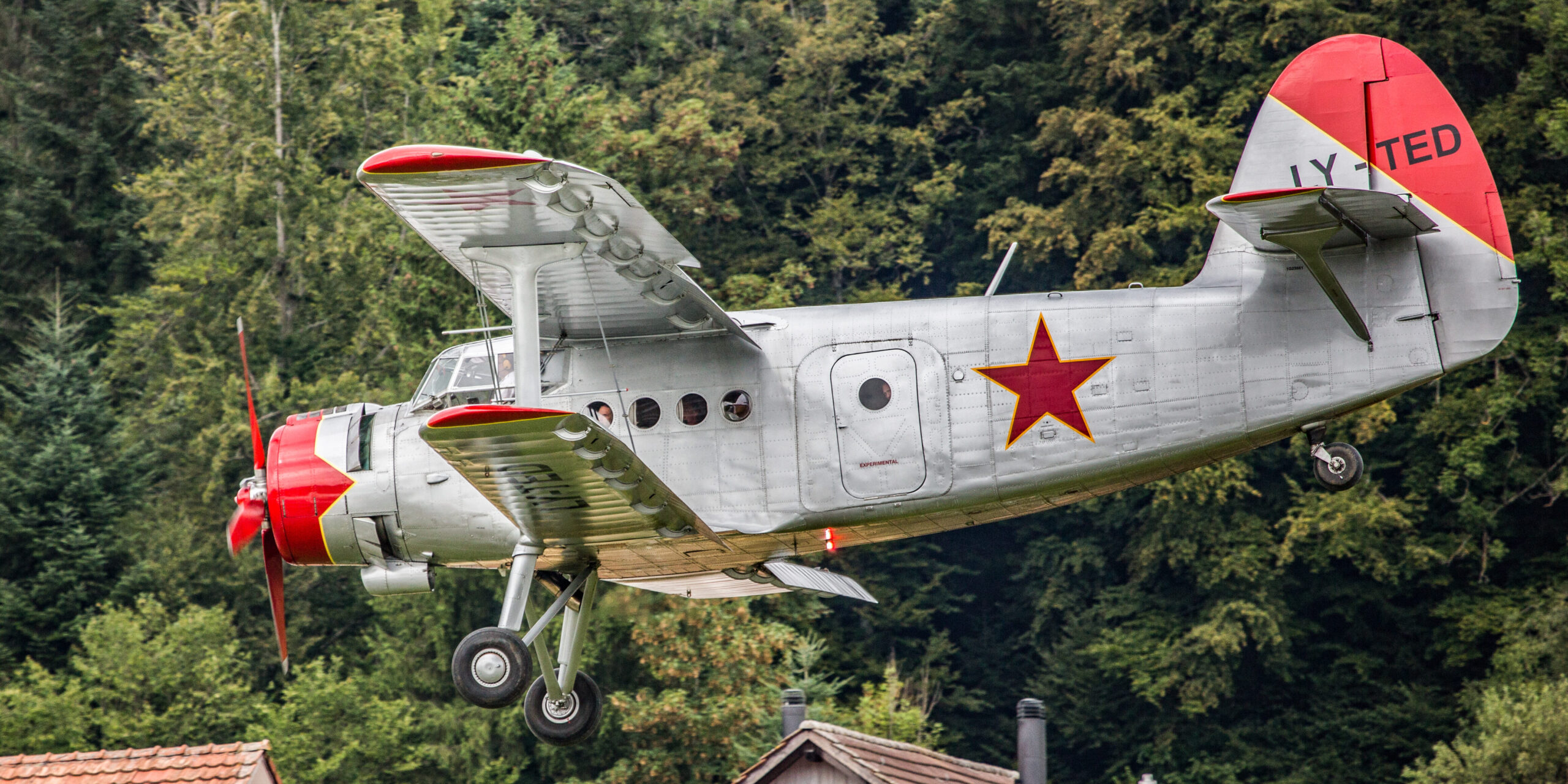 The beginnings of flying on the Wittinsburger Feld go back to 1934, when the gliding group Sissach leased the field to operate a gliding airfield. Although regular gliding operations had to be discontinued in 1936, flying days have been held at irregular intervals since then, which are very popular and are well known to many to this day.
Following a 6-year break, Flugtage Wittinsburg 2022 will be back again this August with sightseeing flights, flight demonstrations, winch launches with gliders, as well as a festival area with numerous catering options for a well-rounded outing. You can also book an adventure flight over the Oberbaselbiet area with the Antonov AN-2, the world’s largest double-decker airplane. Tickets can be bought on site, but it is advisable to reserve in advance at https://starflight.ch/buchung/. Flights also can be booked from other providers; check out their website, http://www.flugtage-wittinsburg.ch/?page_id=1766
This event is free.