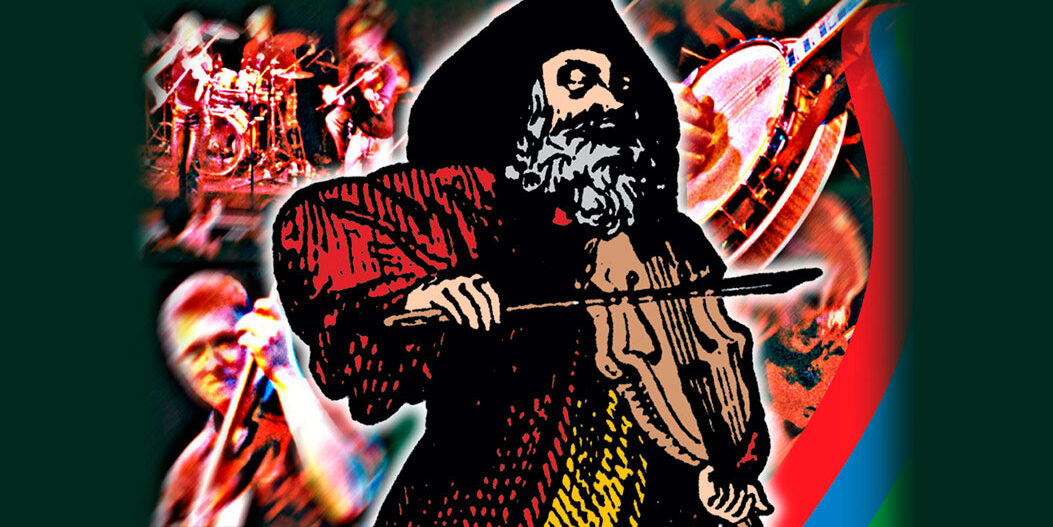 The Irish Folk Festival is more than a concert with four formations. The audience doesn’t just come because they want to listen to exciting music from Ireland but also to meet like-minded people at the festival. Many friendships have developed through the festival, between musicians and fans, musicians and musicians, the makers of the festival and the fans, but also among fans. “Come as a visitor—leave as a friend” is also an apt description of the feeling with which one leaves the Emerald Isle after a holiday in Ireland.
The 2022 festival will feature four authentic Irish folk formations: Yann Honoré is a Breton multi-instrumentalist who whistles, plays cello, electric bass, electric guitar, and percussion—a virtual one-man Celtic orchestra. The soulful duo of Diane Cannon & Jack Warnock, will present songs in Gaelic, performed with an authenticity rarely heard. The Armagh Rhymers, who follow the old tradition of mumming (a kind of folk theater with myths and music, where the performers wear mysterious oversized masks made of willow branches), and the young Irish neo-folk band from the West of Ireland, Billow Wood, complete the line-up.
Tickets are CHF 53.50–74.70.