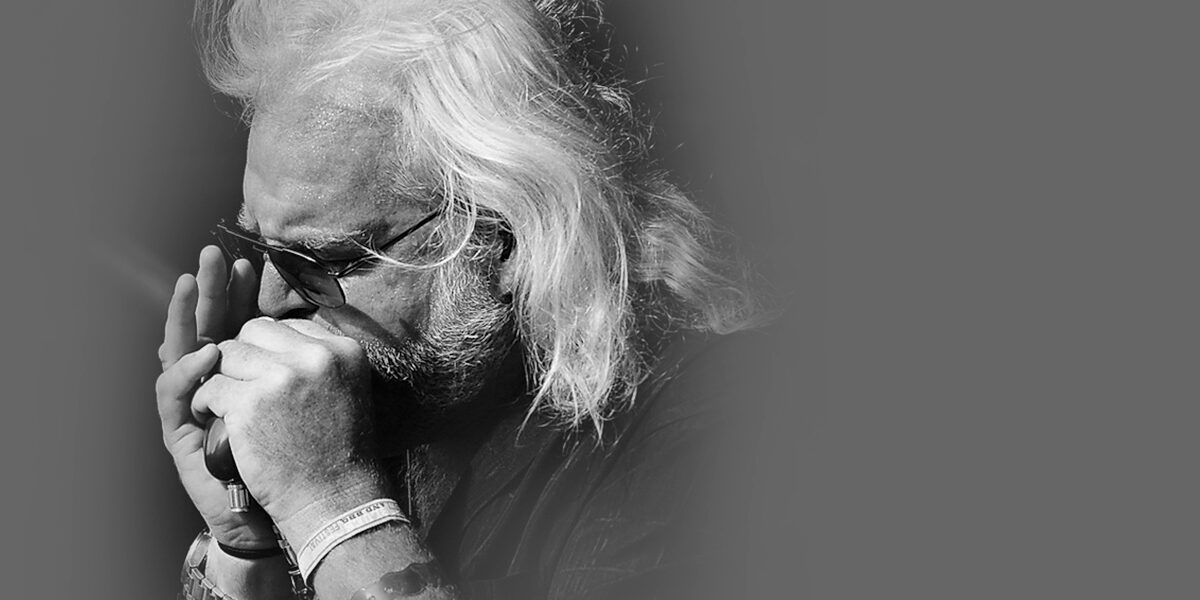 Johnny Sansone is a living New Orleans blues legend, singer, composer, bandleader, and one of the finest harmonica players in the world. He is a multi-instrumentalist, also playing accordion, saxophone, and guitar. Sansone grew up with music. His father played the saxophone in Dave Brubeck's band during World War II, so his first instrument (at age 8!) was the saxophone. At age 10 he picked up the guitar and harmonica for the first time. His life—like that of many blues musicians—changed when he saw a Howlin' Wolf show in Florida at age 12. From that moment on, he knew he wanted to be a blues musician. At age 13, he already played with Honeyboy Edwards. He subsequently learned from and performed with masters like James Cotton, Junior Wells, Ronnie Earl, John Lee Hooker, Jimmy Rodgers, and Robert Lockwood Jr.
In the 1990s, Sansone settled in New Orleans, playing guitar and harmonica in his first band, Jumpin' Johnny & The Blues Party, and experiencing the influence of swamp rock and zydeco. He got his big breakthrough in 2009 with the album “The Lord Is Waiting and the Devil Is too,” whose title track was voted Song of the Year at the U.S. Blues Music Awards. Other albums followed, such as “Once it Gets Started” and “Lady on the Levee,” all of which received great reviews. The last album, “Hopeland,” featured the great North Mississippi Allstars with the Dickinson sons as a backing band. It became the best-selling album during the 2018 New Orleans Jazz & Heritage Festival.
At the Groove Now Blues Weeks Basel, Sansone will perform with an all-star troupe that also includes Albert Castiglia and Nick Schnebelen. He will be bringing his new CD to Basel, which will be released shortly before the concert.
Tickets are CHF 70.80; CHF 56.50 with a BaZCard.