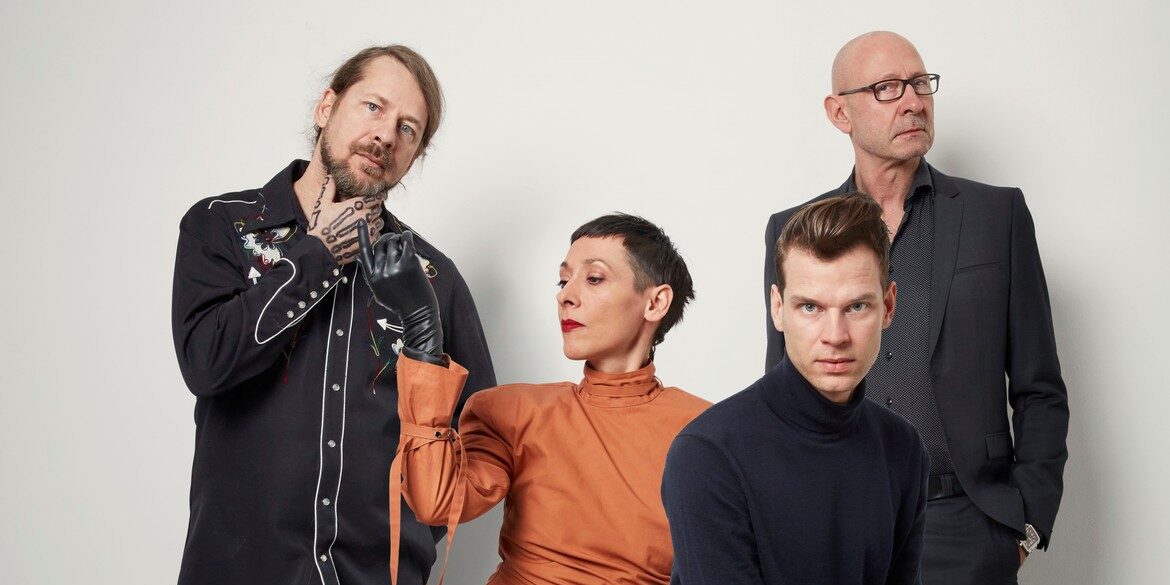 “Lampedusa Lullaby,” the ACT debut of the quartet KUU!, received critical acclaim in 2018 – in unusual terms, because no clear category existed for their type of music yet. The Süddeutsche Zeitung called it "cubist rock music" and "wonderful, hard poetry," whereas Kultur magazine labelled it “ProtoPostPunkJazz.” Everyone was excited. "Basically, we just want to play. Good concerts with this band are exhilarating," says guitarist Kalle Kalima. Singer Jelena Kuljić adds: "When we play, it's pure paradise." Also for the audience KUU!, consisting of singer Jelena Kuljić, guitarists Kalle Kalima and Frank Möbus, and drummer Christian Lillinger was celebrated at big festivals and in trendy clubs.
Corona forced them back into the studio, where new songs were needed for the band to remain fresh and vital for the aftermath. KUU!—which means moon in Finnish—had already thought about locating the lyrics of the new album in a near future. But suddenly, the world of “Blade Runner” was a reality: paranoia, control, power, and mistrust, the falsification of the world, environmental destruction, human versus robot.
Tickets are CHF 29.00-46.30.

Where
Kaserne Basel
Klybeckstrasse 1b
4057 Basel