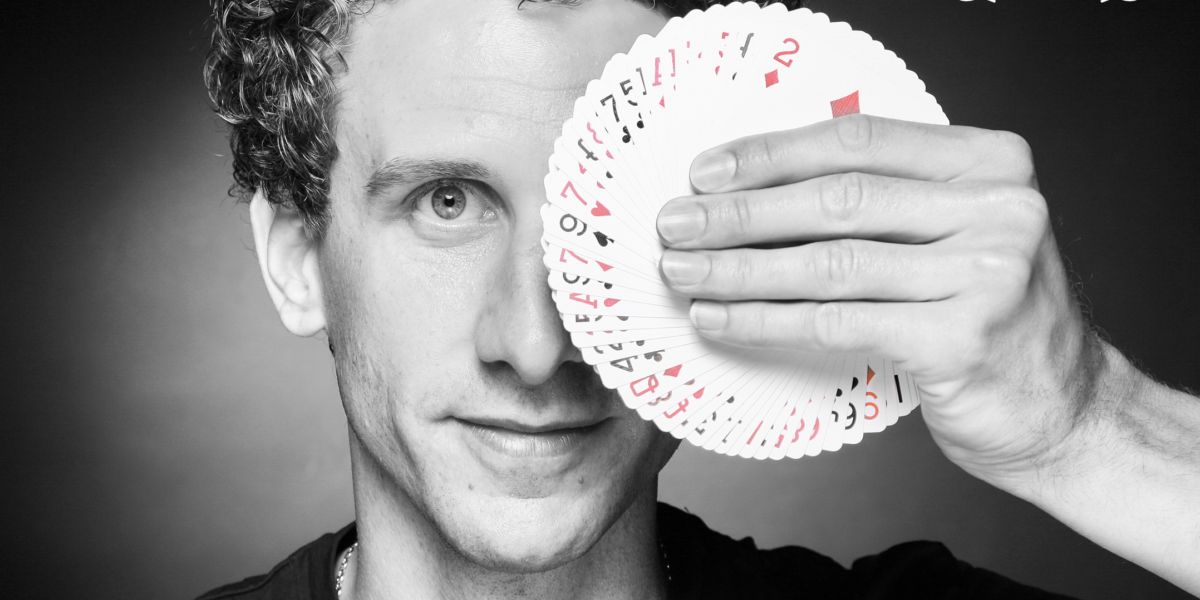 What's true or fake? Are we all externally controlled? Rarely has it been so difficult to figure out. Is there only one truth? Or maybe several? Lionel looks for answers with a wink, and he finds them. As a magician, he masters the game with reality and illusion like no other.
Lionel's skills have already brought him a lot of international recognition. In 2021 he was the first Swiss ever to win the Fool Us Trophy in the United States. The award is considered the Oscar of the magic world. Lionel has managed to stun the two hosts of the Penn & Teller show with his milk bag trick. The two American magic luminaries simply couldn't explain how he manages to serve different drinks one after the other from the same bag. And then to tear it up in front of everyone to prove that the box is not fake. The whole world was amazed by this unique effect that Lionel developed himself over the past five years.
For years, the magician from Valais has dedicated himself to human perception and the deception of one or more of our five senses. Now, Lionel explores the tension between reality and illusion in his own theater production.
Tickets are CHF 25-45.