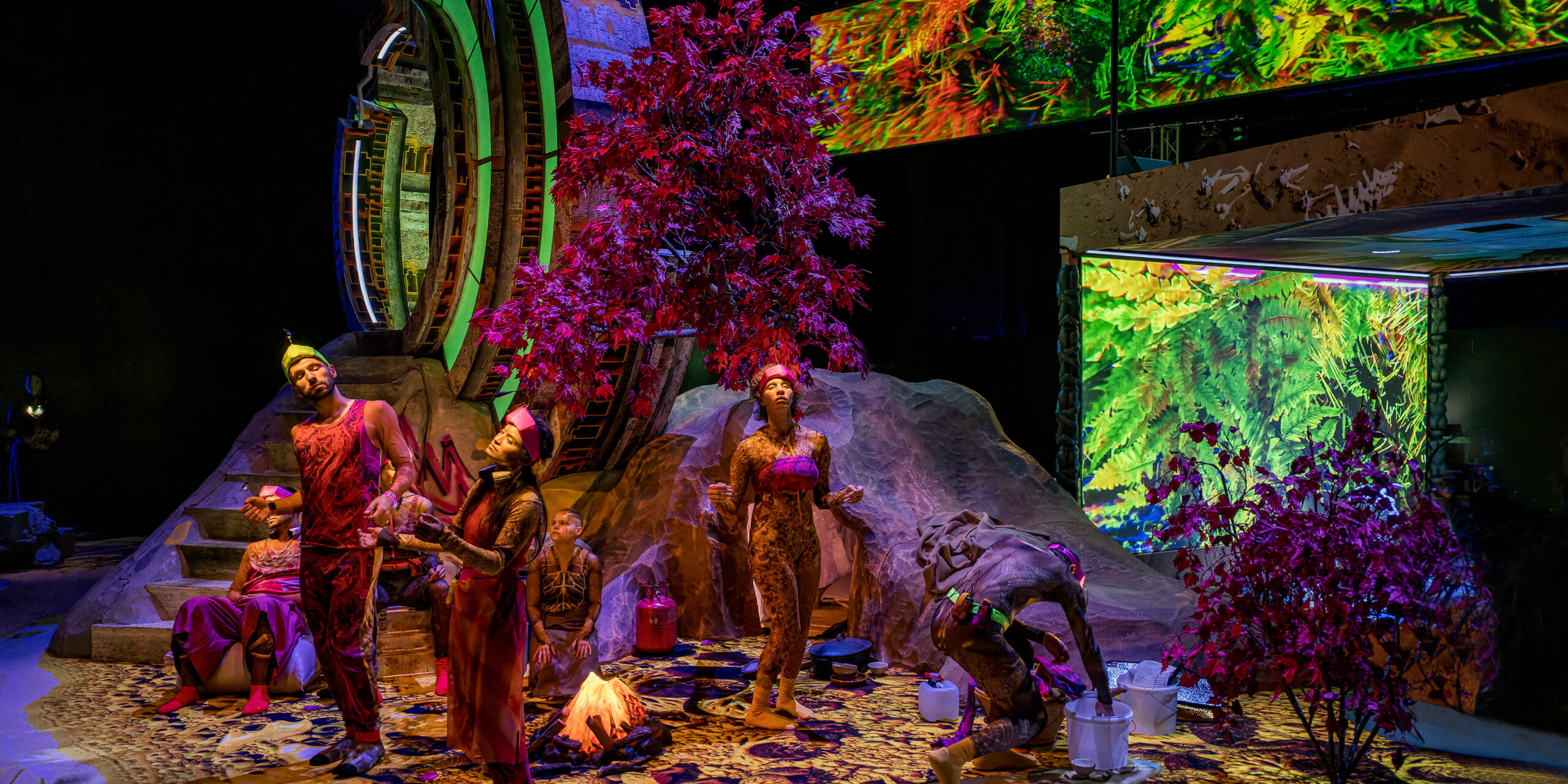 In their first opera production, Susanne Kennedy and Markus Selg create a futuristic total work of art about space and time. Utilizing their unmistakable style of theater, they smash the boundaries between humans and machines, reality and simulation. Inspired by the unconventional genius Albert Einstein, Philip Glass created a 20th century masterpiece that breaks all the rules of opera and fails to follow a linear narrative structure. Repetitive patterns make it possible to experience time as a sensual phenomenon and put the audience in a trance. This is the first time that the two special ensembles of the Basler Madrigalisten and Ensemble Phoenix can be experienced together in an opera production at Theater Basel. This opera in four acts by Philip Glass and Robert Wilson will be surtitled in English.
Tickets are CHF 30-90 for adults and CHF 20 for students.