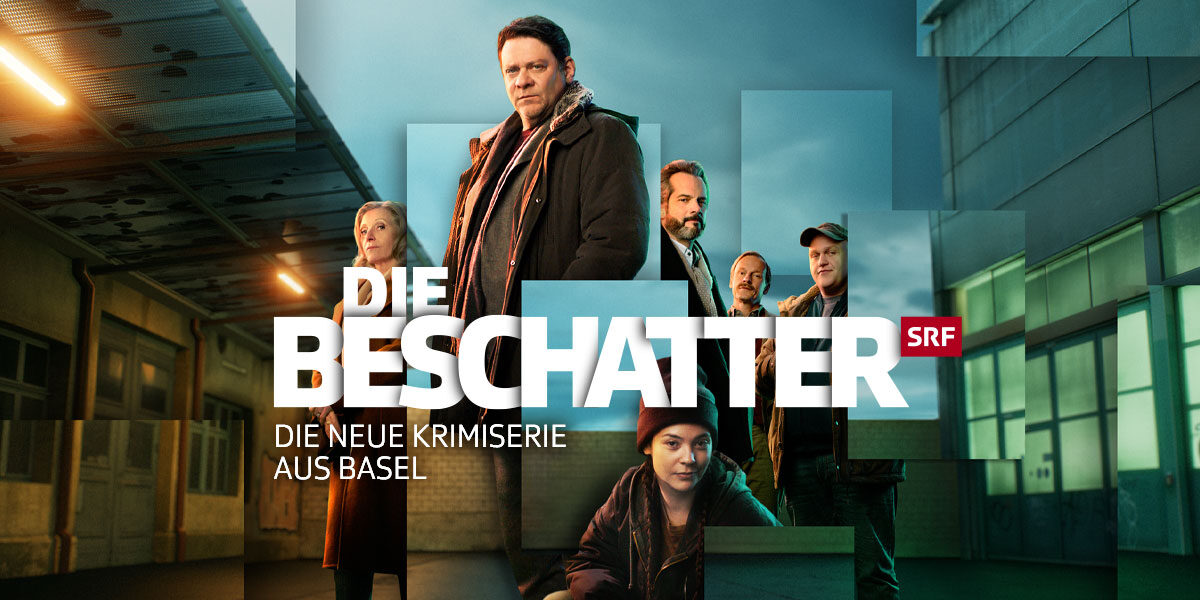 A new crime series on Swiss television SRF 1 called "Die Beschatter," which is set in Basel and was directed by the well-known director Michael Steiner, will start on October 30. The series, which is important for raising the profile of Basel as a location for future film productions, is about ex-policeman Leo Brand (Roeland Wiesnekker), who founds a school for budding detectives out of financial necessity. In order to get the most out of school, his amateurish beginners solve real cases. The neglected Agotha (Meryl Marty) soon blossoms from a bankrupt pain in the neck into Leo's favorite student. She wants to become a detective to find her missing mother. But this search threatens to unearth a terrible secret from Leo's police past. The new series from Basel is a crime comedy with a dark thriller simmering in the background.
In Basel, posters point to central filming locations of the new crime series, such as the Detective Academy in the Lysbüchel area, the "Bosporus" snack bar below the Heuwaage viaduct, the Basel Zoo, and the Kunstmuseum Basel.
The first two episodes of the series will be broadcast on SRF 1 on this evening, and you can also watch them live at a public viewing on Basel's Marktplatz starting at 19:30 in the presence of several of the protagonists. The remaining four episodes of the first season will be broadcast on November 1, 8, 15, and 17, starting at 20:05 on SRF 1.