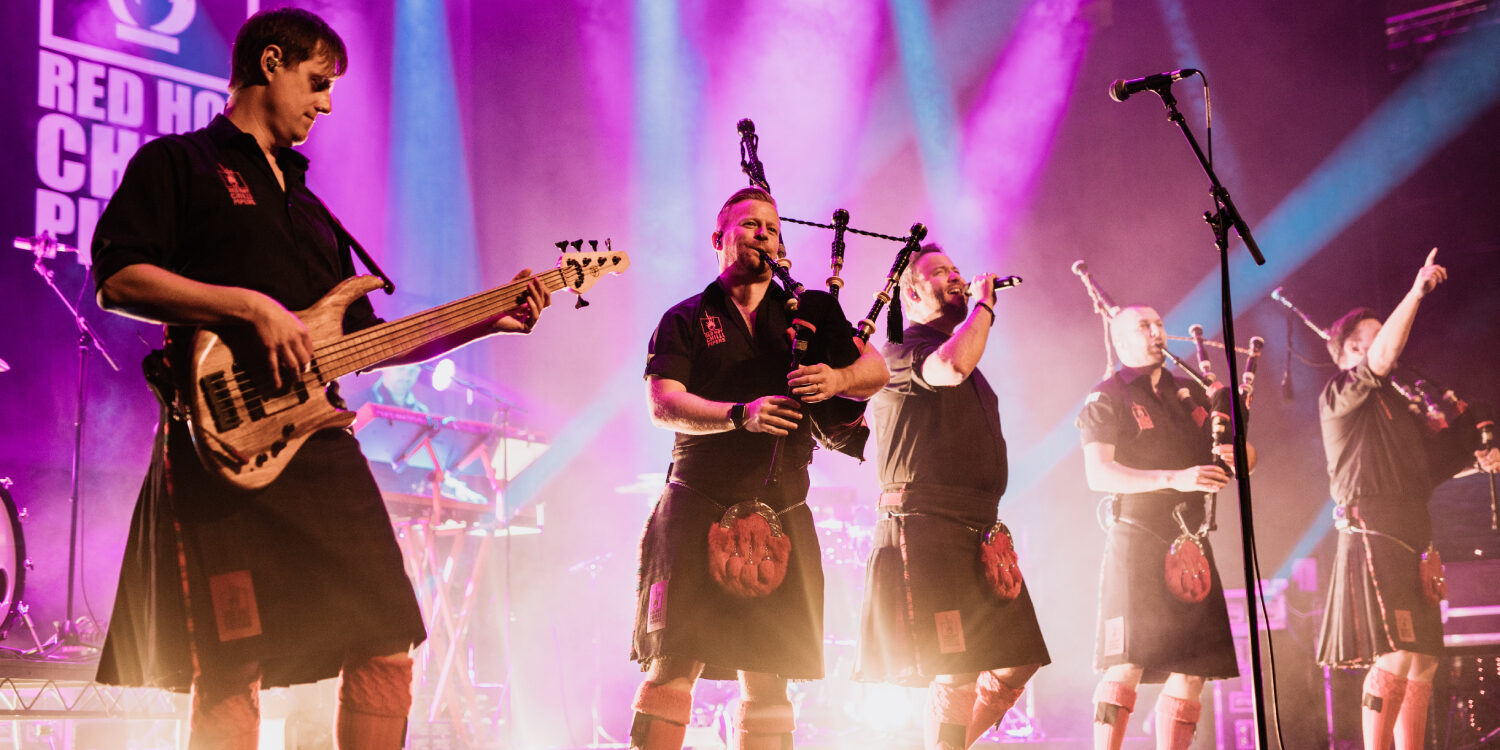 The inventors of the original Scottish bag rock are celebrating their 20th anniversary this year. On their anniversary tour, they will be playing the most popular songs of the last 20 years. The Scots understand perfectly how to combine rock 'n' roll anthems with the typical sound of their bagpipes. Refined cover versions of hits like ZZ Top's "Gimme All Your Lovin,” The White Stripes' "Seven Nation Army," Avicii's "Wake Me up," Coldplay's "Fix You," Tom Walker's "Leave a Light on," and Queen's "We Will Rock You" are all part of the live repertoire. In between, it gets typically Scottish, when the fans are enraptured with virtuoso-played traditional pieces like "Highland Cathedral." The most famous bagpipe band on the planet will be in Basel for one evening.
Tickets are CHF 54.90 for standing room only.