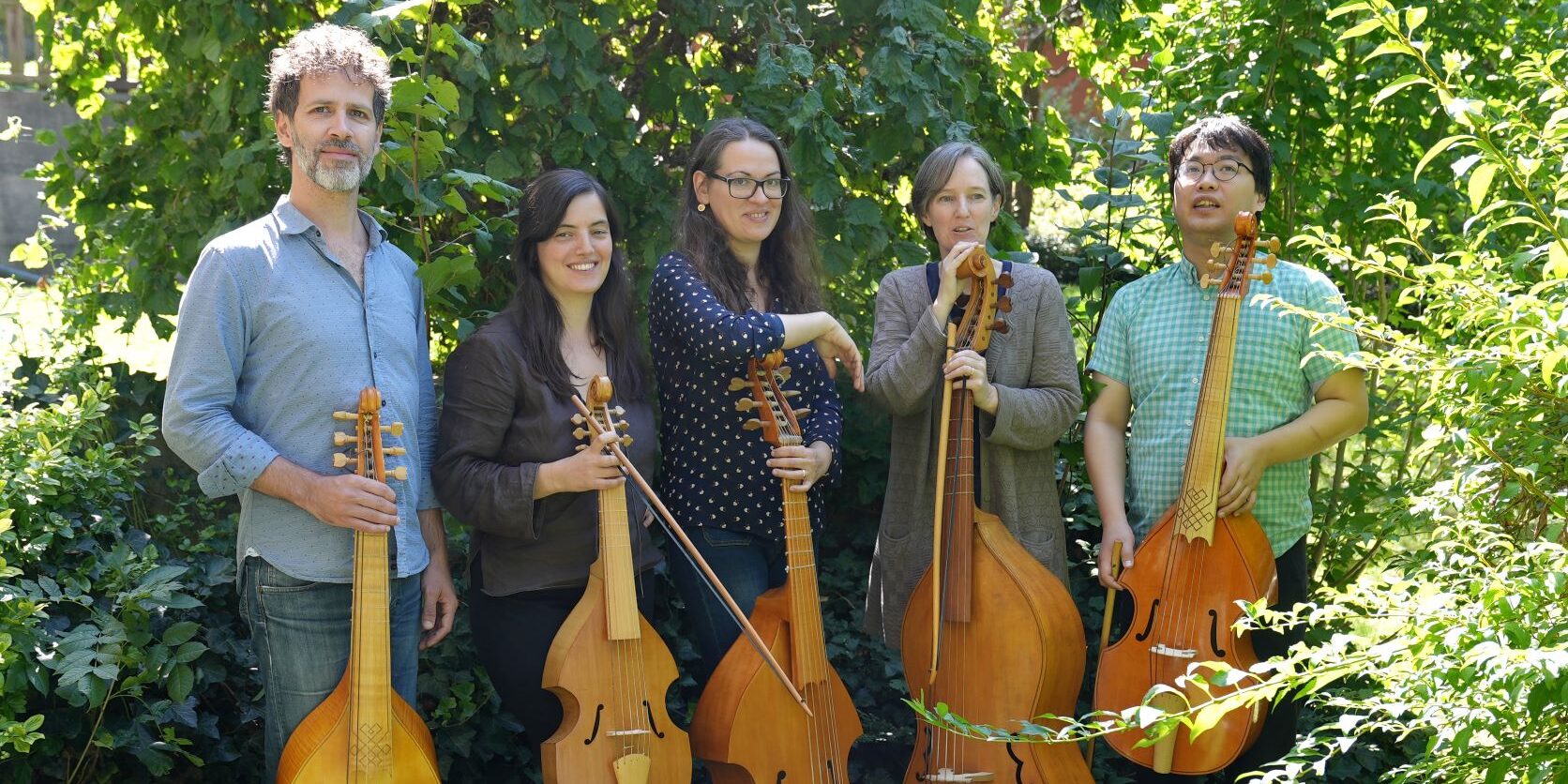 A viol consort in the mid-16th century would have played many types of repertoires, including the often-neglected instrumental ricercari. This practice is to be honored in this concert with three collections from 1547. Thanks to the special instrumental fantasies of Jacques Buus, some of the extremes of the instrumental music played at the time become noticeable. Instrumental ricercari can range from a few phrases to something much longer; Jacques Buus' Ricercari are dense and complicated and are among the longest pieces in the fantasy style of the time. At the other extreme are the dances in Attaingnant's collection, which are miniatures of form, tiny pavans and galliards mixed with branles and tourdions. The third pillar of the gamba consort is vocal music—here the focus is on the unknown Dominique Phinot, whose beautiful five-part motets give the viols plenty of scope for word painting and ornamentation.
ReRenaissance is a series of concerts that focuses on the music and culture of the Renaissance. These concerts celebrating "a renaissance of the renaissance", are performed by professional musicians from Basel. Spaces are limited; please register in advance at hello@rerenaissance.ch.
The concert is free, but there will be a collection.