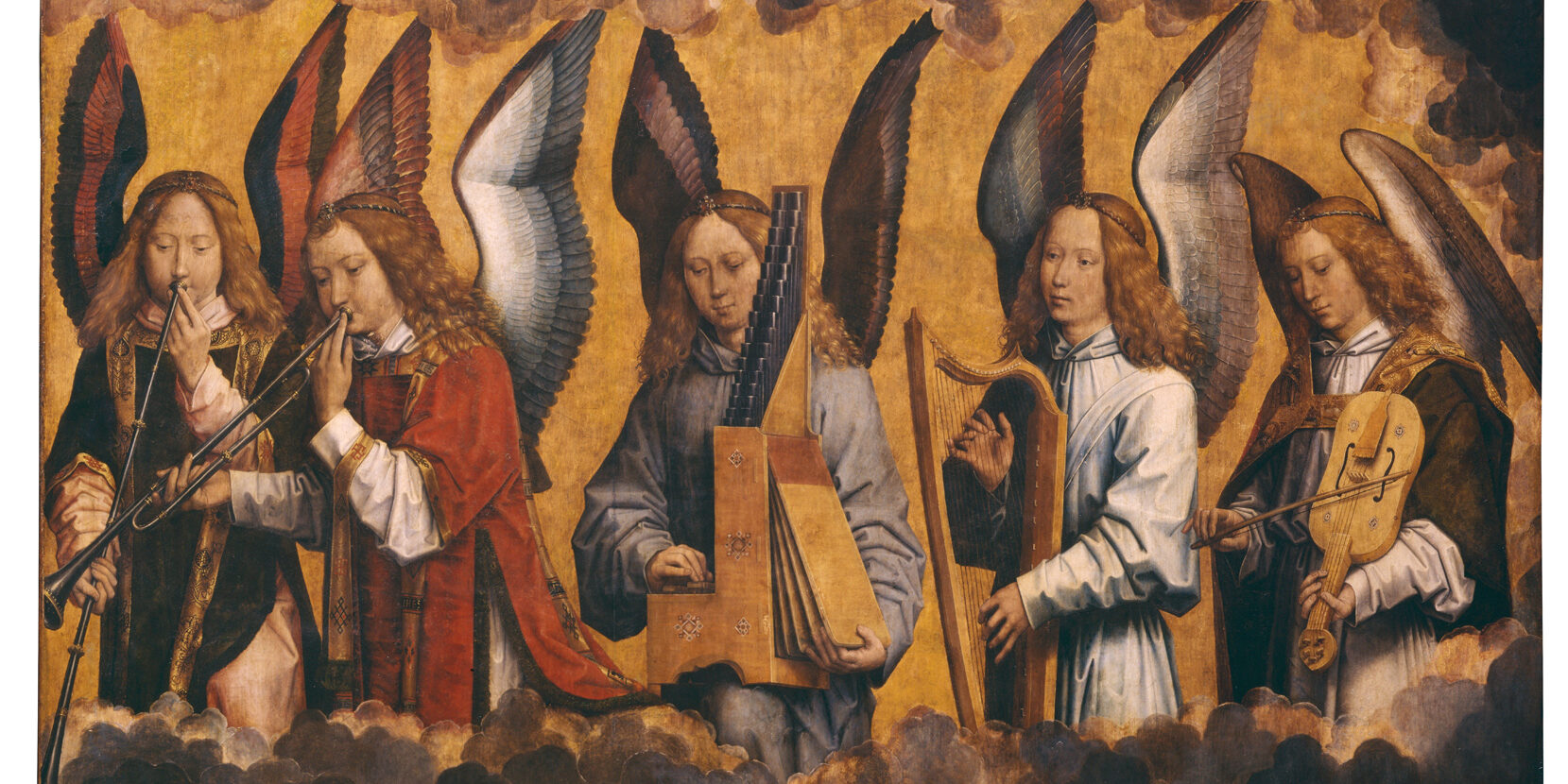 This concert is dedicated to a mystical Christmas play about the incarnation and birth of Christ that was performed in the French town of Rouen in 1474. The only remaining source—a printed book that was published about 20 years later—is interesting because 12 sites in this book include directions for sung passages and left space to write down the music. However, none of the existing three copies of the book actually include the music. Therefore, the Re-Renaissance musicians insert music from other French songs from the early 1470s and combine them with the printed spiritual poems. This concert presents only a small fraction of the play—the original manuscript was about 450 pages, and the production took place over 2 days and lasted at least 8 hours! Nevertheless, music and texts merge in this unique interpretation of the traditional work, and the supposedly secondary characters move into the spotlight—the angels sing with lute, harp, and organ and the shepherds accompany their melodies with the pastoral sounds of fiddle, flute, bagpipes, and hurdy-gurdy.
The concert starts at 18:15, but an introduction (also in English) is offered at 17:45. There is also an introductory video available in English at https://youtu.be/u1bT8cbIpMk.
ReRenaissance is a series of concerts that focuses on the music and culture of the Renaissance. These concerts celebrating "a renaissance of the renaissance," are performed by professional musicians from Basel. Spaces are limited; please register in advance at hello@rerenaissance.ch.
The concert is free, but there will be a collection.