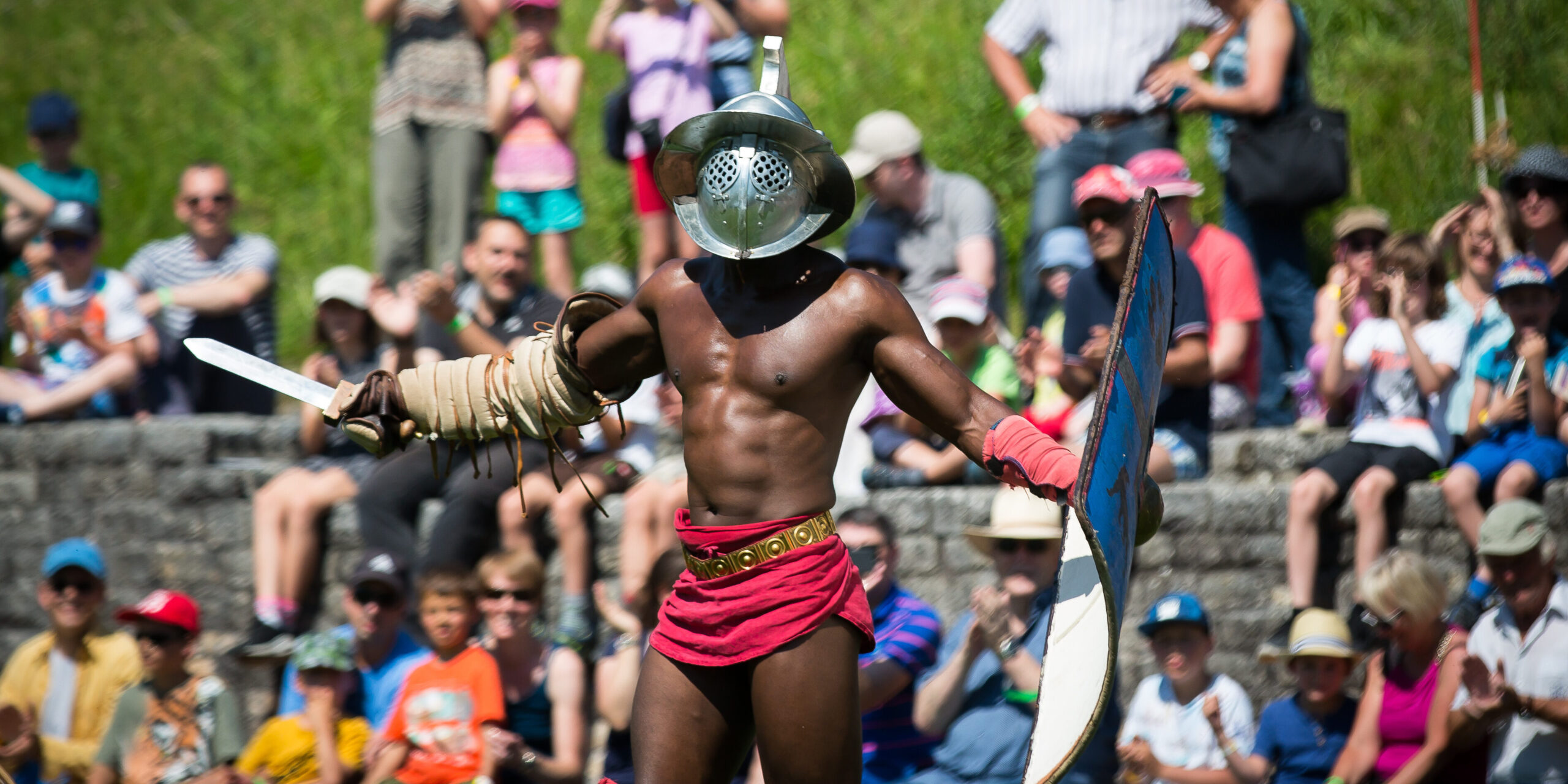 Experience fast-paced chariot races and dramatic gladiator fights on Roman Day Vindonissa at the site of a Roman legionnaires’ camp in Windisch, canton Aargau. Roman chariots and horses will compete against each other at the Windisch amphitheater. Impressive gladiators also fight for fame and honor in front of the cheering crowd of spectators against a historical backdrop!
The Roman Day Vindonissa 2022 shows the whole variety of Roman everyday life in and around the camp—the smell of Roman delicacies fills the air, the shoemaker shows his craft, and the Medica (doctor) demonstrates how they nurse gladiators back to health after the fight. In workshops, visitors can work on bones or practice Roman writing.
The Roman Day Vindonissa is organized by the Pro Vindonissa Society, which is celebrating its 125th anniversary this year, in cooperation with the Aargau Museum and Canton Archaeology. It is recommended to get there by public transport as there is no parking available at the amphitheater.
Tickets are CHF 15 for adults, CHF 10 for children ages 6-16 years, or CHF 34 for families with two adults and CHF 21 for families with one adult.