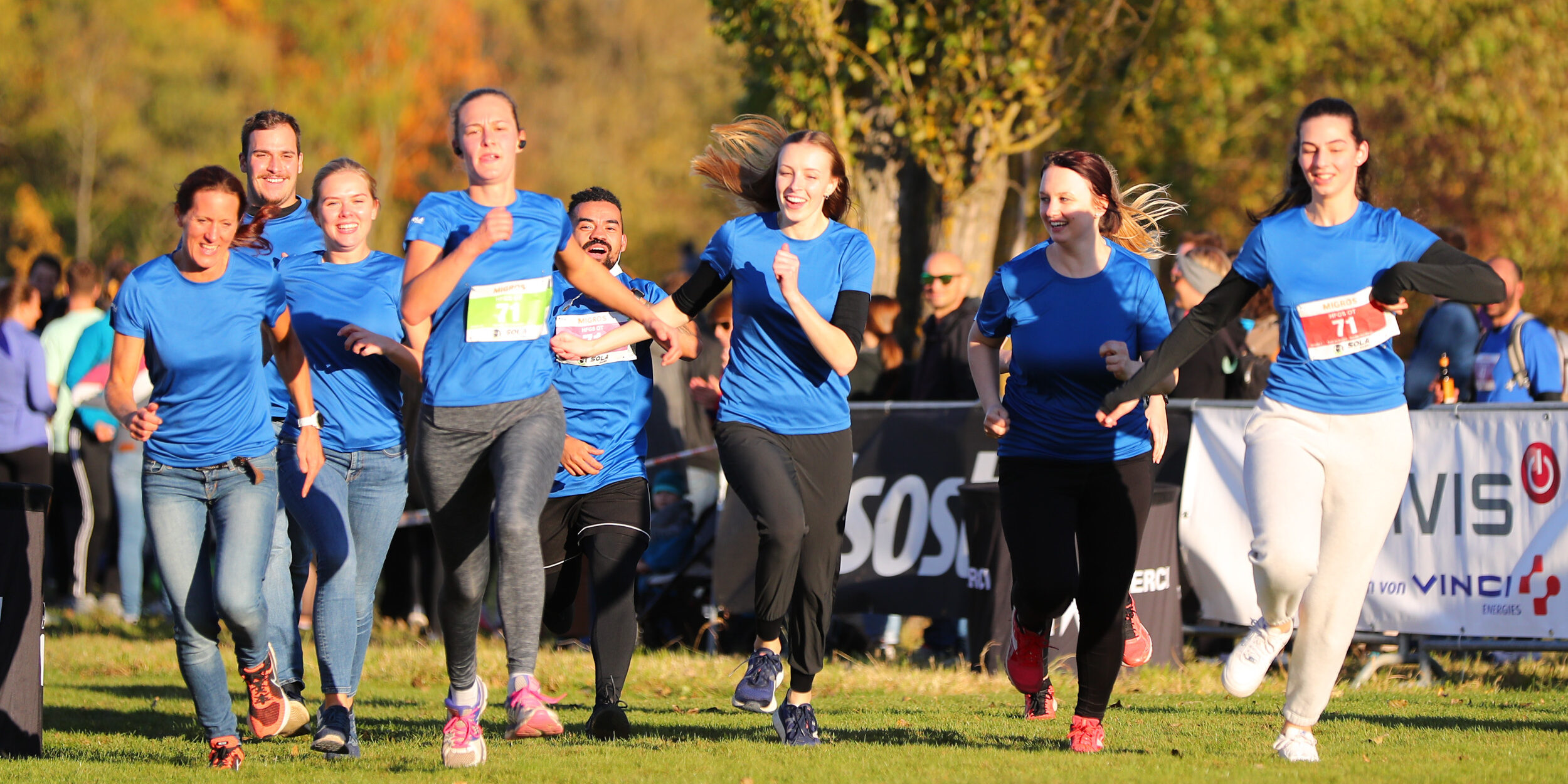 In Swedish, “Sola” means sun, or to sunbathe. The first SOLA run took place in Sweden, between the towns of Gothenburg and Karlstad. It covered 252.7 km and was divided into 25 stages, 10 of which had to be run by women. In 1972, a team from the Academic Sports Association Zürich (ASVZ) participated at the SOLA in Sweden. A year later, the ASVZ organized the first SOLA relay race in Zürich. Today, the Zürich SOLA ranges amongst the top Swiss runs, with 1,000 teams and 14,000 participants attending. In 2016, a SOLA run was organized for the first time in Winterthur (“Winti-SOLA”), with 110 teams participating.
Because of the SOLA’s popularity, it was brought to Basel several years ago, and its success ensured this year’s fifth edition! The SOLA Basel relay race covers a total route of 80 km, divided into 10 stages of 4.3–12.3 km. It will start and finish at Park im Grünen in Münchenstein and will take you past many places of interest: the Roche towers, Kunstmuseum Basel, Ermitage Arlesheim, Gempen, old town of Liestal, Wildenstein castle, and Wartenberg. The varied stages of the run pass four cantons (Basel-Stadt, Baselland, Solothurn, and Aargau), two cities (Basel and Liestal), 20 municipalities (Arlesheim, Augst, Birsfelden, Bubendorf, Büren, Dornach, Frenkendorf, Füllinsdorf, Gempen, Hölstein, Kaiseraugst, Lampenberg, Lausen, Liestal, Münchenstein, Muttenz, Nuglar-St. Pantaleon, Pratteln, Ramlinsburg, and Seltisberg), and five rivers (Birs, Ergolz, Frenke, Orisbach, and Rhein).
Each team consists of 10 people with at least three female participants (minimum age 16); each runner is only allowed to run one stage. Teams are considered student teams (university, polytechnic, university of applied science) if they include at least six enrolled students. Cost is CHF 350 per team and CHF 250 per student team (booking between April 24 and May 19 will cost an additional CHF 100).
There will also be a Mini SOLA, where kids can make their first attempts towards the big SOLA Basel. On a straightforward 2.7 km course across Park im Grünen, near the start and finish area of the SOLA Basel, children and school classes can gain a first impression of a relay race. In the Hopp-la category, children, families, and seniors start in cross-generational teams. The teams for the Mini SOLA consist of six runners; the race starts at 13:00. Thanks to iMpuls, the Migros health initiative, participation is free for the first 250 teams for the Mini SOLA. Register online until April 24; late registration is possible until May 19, for an additional CHF 10. Public transport to and from the event is free for all participants on this day.