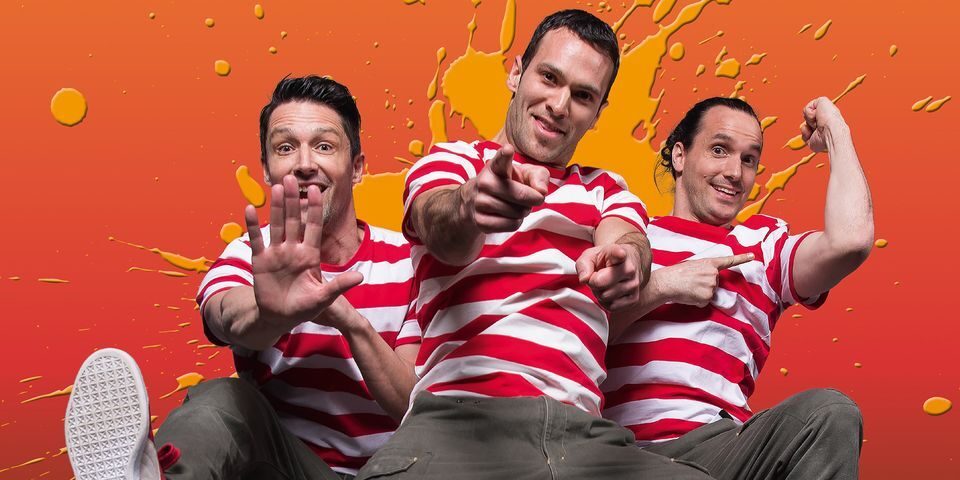 Three men, three red and white striped T-shirts, amazing effects, and fantastic props are enough to sweep the audience away in an exciting, meticulously timed spectacle. The trio’s new comedy drug is stunningly strong—full of timing, rhythm, sound, and songs. You may think you know how it works and still can't believe it, as something goes haywire all the time, but never in the way you expect. When you think the shot is out, the bang catches you cold afterwards. In erratic ups and downs, Starbugs Comedy rewinds life backwards and forwards with virtuosity—sometimes in slow motion, sometimes in fast motion. With a wink, they flirt with the audience while outwitting themselves.
Fabian Berger, Martin Burtscher and Wassilis Reigel make Starbugs Comedy the world's most successful Swiss comedy show. Their performances in over 30 countries and cities from New York to Tokyo have already brought them countless awards. It is physical comedy at its best!
Tickets are CHF 39-59.