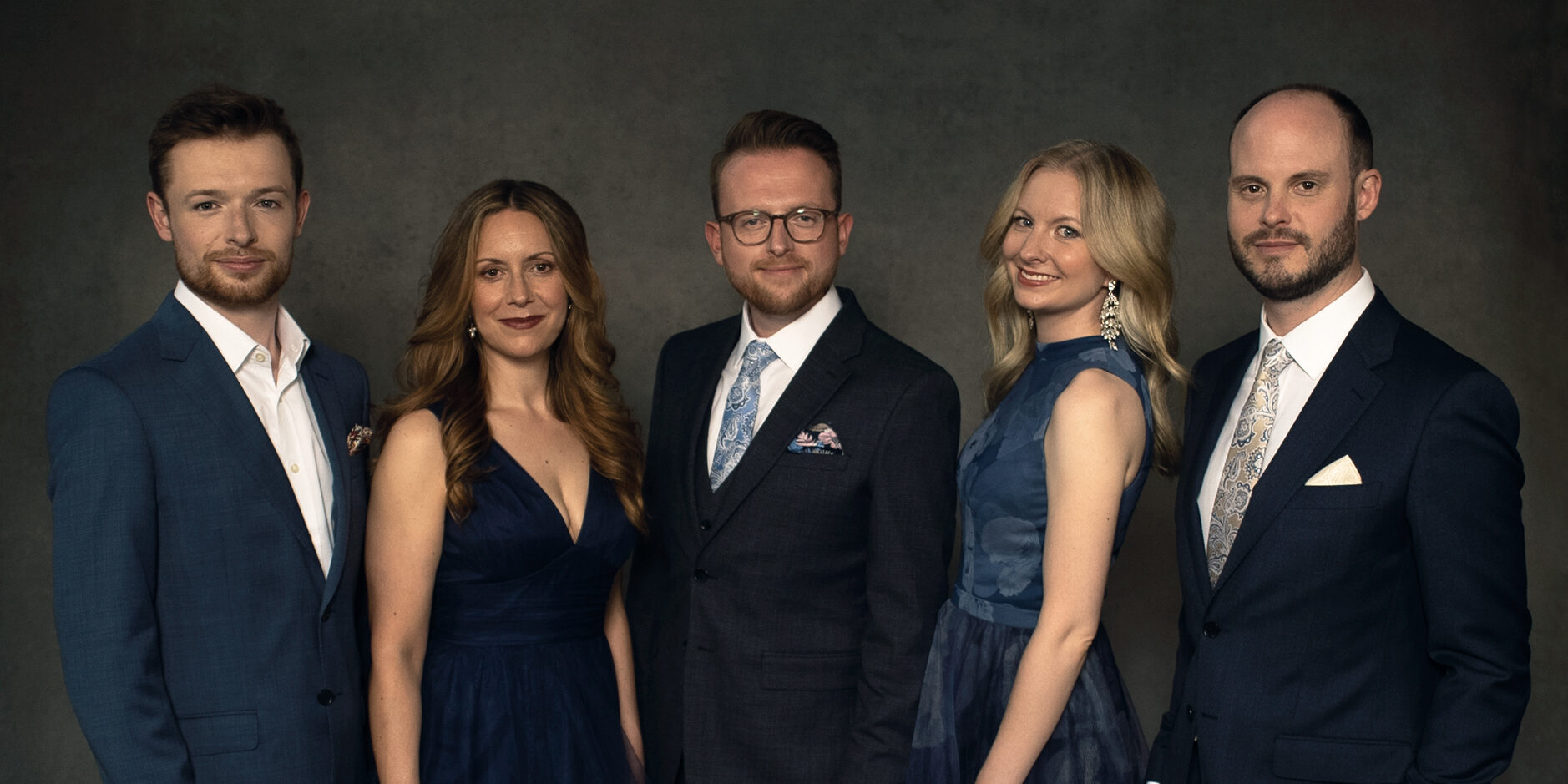 The British vocal ensemble Apollo5 knows how to inspire their audience with magical melodies and perfect harmonies. The five singers have a stylistic and epoch-spanning repertoire from classical to pop/jazz to folk. In their hometown of London, the ensemble has performed in major concert halls, such as the Royal Albert Hall, and has already toured the United States and South Asia. Apollo5 is part of the VOCES8 Foundation and conducts, among other things, their own children's concert series at the VOCES8 Center in the heart of London and regularly gives workshops and master classes. Two new CDs were released in 2021: "Where All Roses Go" with works by Guerrero, Dickens, Poulenc, and Whitacre, and "A Deep but Dazzling Darkness."
Tickets start at €35.