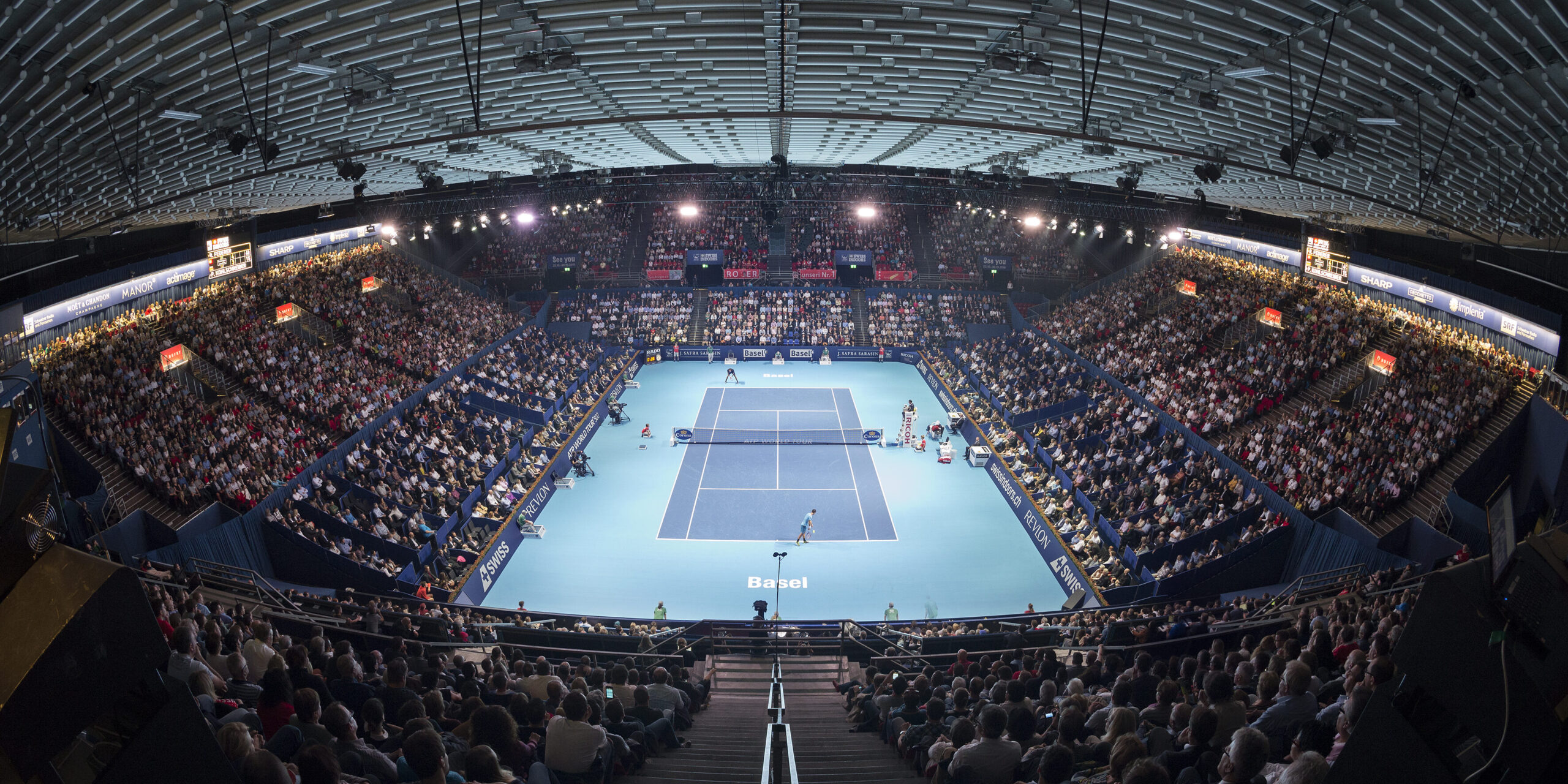 The tennis Swiss Indoors—the biggest indoor national sports event in Switzerland and the third-largest indoor tournament in the world after Paris and Shanghai—is back at St. Jakobshalle after two cancelled years. The week-long event is expected to draw over 70,000 spectators who watch the tournament live, in addition to several million people in over 70 countries who will follow the matches on television. Some of the world’s best players will compete for this year’s total prize money of € 2.276 million, as they lead up to the ATP Tour Finals in Turin.
Basel will once again live up to its reputation of being "The Name of the Game." The current leaders of the ATP Tour rankings—Spanish hero and five-time season winner Carlos Alacaraz (ATP 1), who just won the U.S. Open, and Norwegian Caspar Ruud (ATP 2), runner-up at the U.S. Open—will be joined by Italy's young star Lorenzo Musetti (ATP 30), another of the tour’s "hottest players." Also already on the roster are Canada's smart shot-maker Felix Auger-Aliassime (ATP 13) and Swiss upstart Dominic Stricker (ATP 124), the left-handed player from Bern who is one of the best-regarded blue chips in the pool of up-and-coming Swiss tennis players and was awarded a wildcard.
Alacaraz and Auger-Aliassime will start on "Super Monday" (October 24), a night traditionally filled with a shared passion for great tennis and music. This Super Monday will welcome Spanish-German pop singer and songwriter Alvaro Soler. The Latino star—one of the best-selling artists in Europe—has some chart-topping hits under his belt, and has already sold four million records. The Opening Ceremony featuring Soler will start at 17:30.
With the recent announcement of the retirement of Swiss superstar Roger Federer from the sport, the event has unfortunately lost one of its main attractions—Federer participated an incredible 19 times in the tournament. To honor his achievements, they will hold a farewell ceremony for him during the tournament—check their website for details.
Basel spectators can look forward to some fierce and exciting competition from the very first rounds on October 22 and 23 to the final on October 30; check the website for an up-to-date match timetable. You can also download the free Swiss Indoors Basel app so you can stay constantly up to date with all the information on this event.
Tickets range from CHF 39.00 for day passes on the first qualification day to CHF 279 for the day passes for the finals.