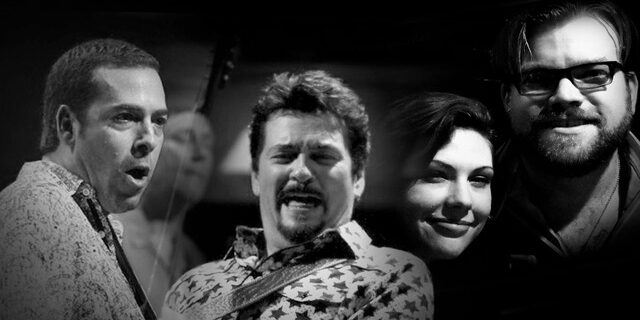 Groove Now is presenting Blues Weeks Basel this September. As their slogan so aptly states, Groove Now has been bringing Basel’s Blues fans the “World’s Best in Blues since 2010”.
On this evening, the best contemporary blues musicians—Mike Zito, Albert Castiglia, Jimmy Carpenter, Kid and Lisa Andersen—will play blues and soul standards.
In 2017, Groove Now assembled an all-star troupe modeled after the 1985 project Showdown—a release by Albert Collins, Robert Cray, and Johnny Copeland that won them a Grammy Award for Best Traditional Blues Album. When Groove Now presented the Blues Giants in 2017, the band consisted of the two outstanding blues musicians, Mike Zito and Albert Castiglia, and a great rhythm section. For this third edition of the Blues Giants, saxophonist Jimmy Carpenter as well as Kid and Lisa Andersen have been added. In addition, bass legend Jerry Jemmott will replace the seriously ill Willie J. Campbell. As an homage to the original Showdown, the band will play blues standards and originals. All previous Blues Giants concerts were sold out and this will likely be the case again in 2022, so get your tickets now!
Tickets are CHF 69 in advance and CHF 79 at the box office.