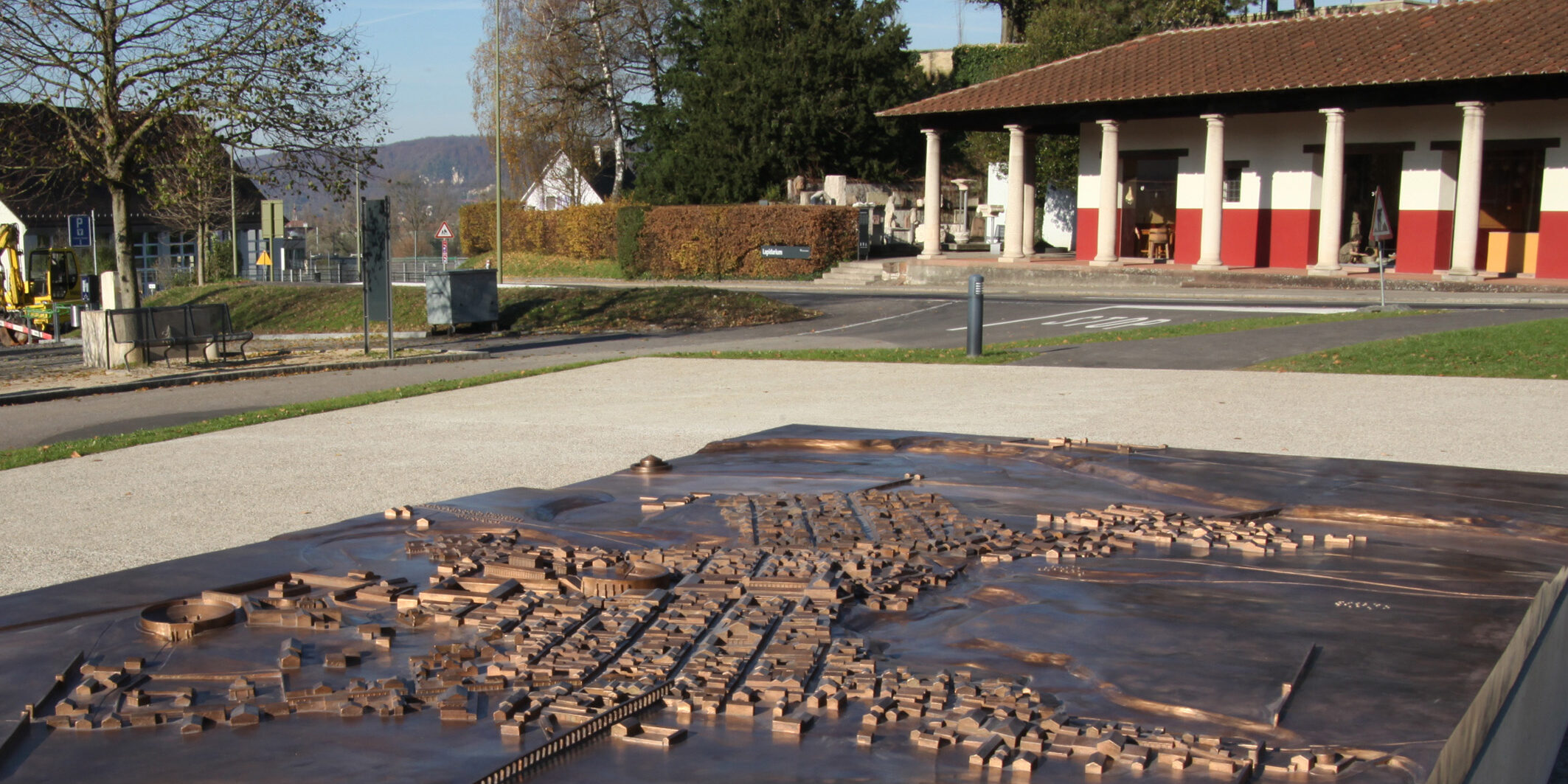 Augusta Raurica was a Roman settlement from about 15 BC. For over 300 years, it was a flourishing metropolis with about 15,000 inhabitants. The remains today are spread out over the two villages of Augst and Kaiseraugst and are an excavation site, a research center, and a museum with impressive ruins and rich finds. They are also offering various workshops and guided tours throughout the year. Only 20 minutes from Basel, visitors can get a glimpse into life as it was in Roman times.
On this introductory tour, you will discover everything that is worth knowing about the public life of a Roman town. After learning about the settlement at the big bronze model of the town, you will look around the Roman house with its authentic furnishings and fittings; admire the largest silver treasure of Roman antiquity; and be transported back in time, for a moment, to join the Roman audience at a thrilling spectacle being performed in the imposing theater.
Cost is CHF 16 for adults and CHF 8 for youths and includes access to the museum and the entire site.