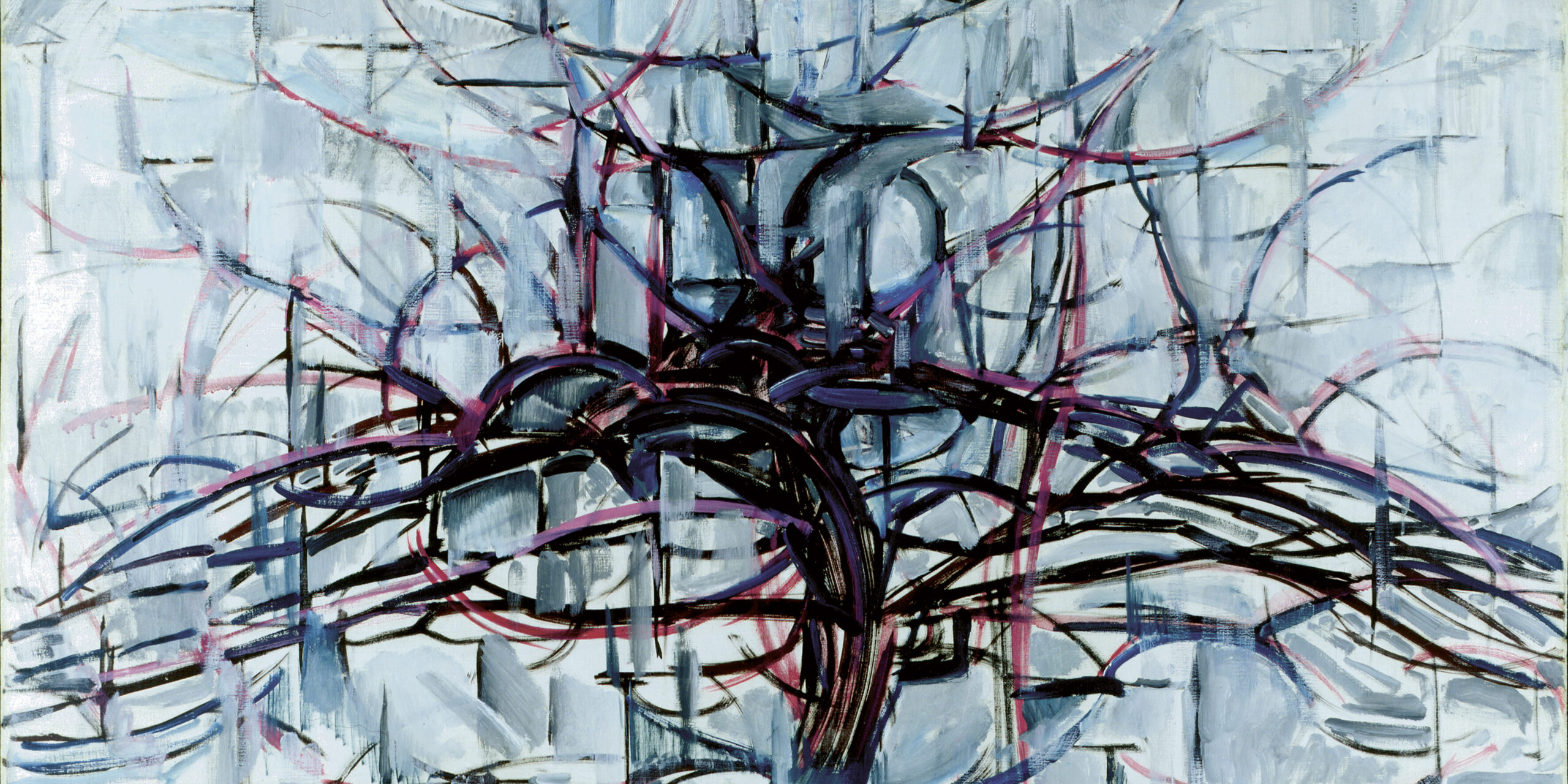 To mark the 150th anniversary of the artist’s birth, the Fondation Beyeler is devoting an exhibition to the Dutch painter Piet Mondrian. As one of the most important artists of the avant-garde movement, Mondrian shaped the evolution of painting from figuration to abstraction. His early work was influenced not only by late 19th century Dutch landscape painting but also by Symbolism and Cubism. It was only in the early 1920s that he began concentrating on a wholly non-representational pictorial vocabulary consisting solely of rectilinear arrangements of black lines on a white background and the three primary colors blue, red, and yellow.
While the Fondation Beyeler’s own collection of Mondrian’s works focuses primarily on paintings from the later phases of his career, the exhibition will look at his development as an artist up to the 1920s and the stylistic genesis of his later work. Separate sections will deal with motifs such as windmills, dunes, seascapes, the farmstead reflected in water, and plants in various states of abstraction.
There will be an English-language tour of the exhibit on this afternoon.
The tour costs CHF 7 plus entrance to the museum.