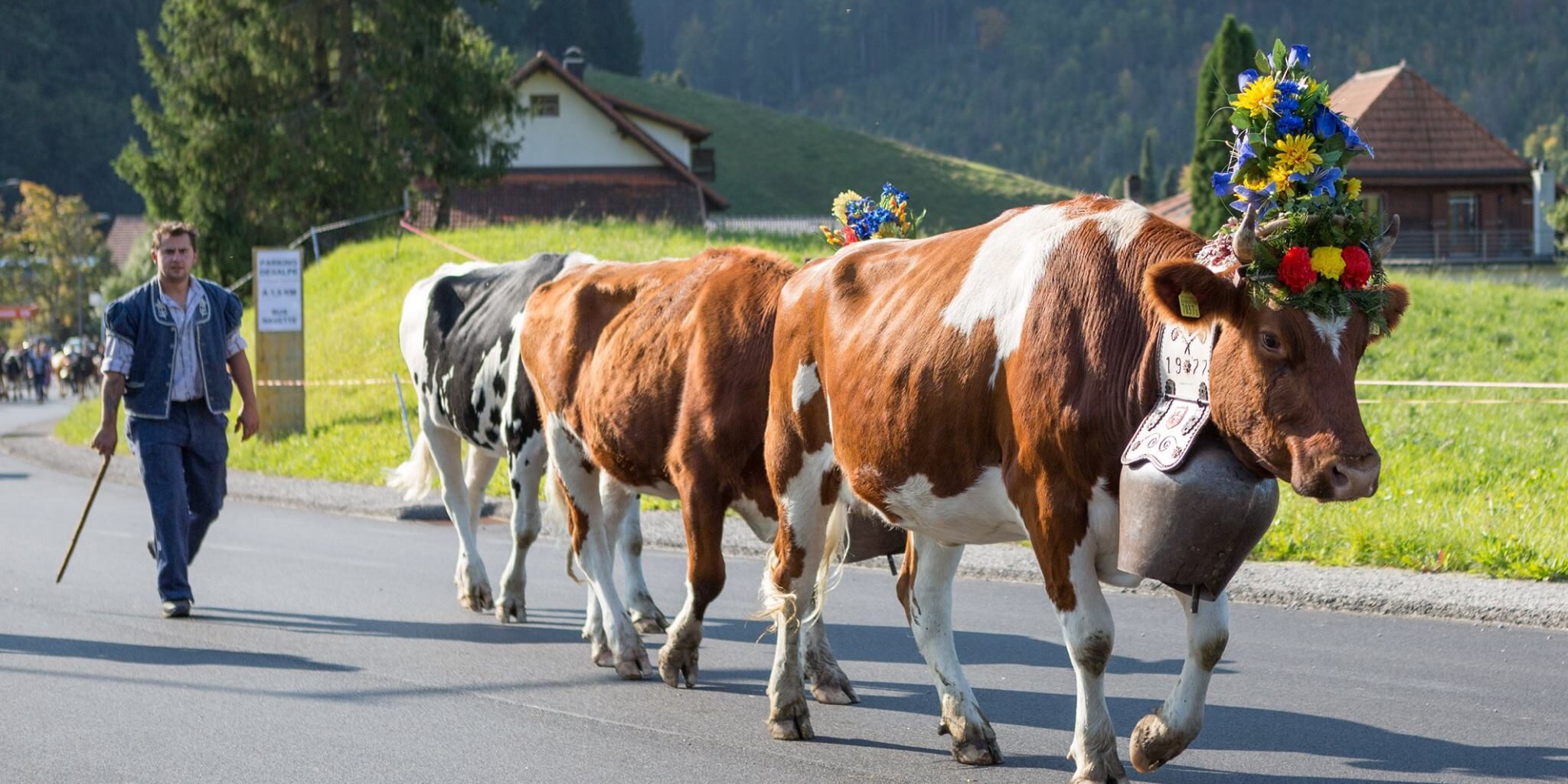 Hundreds of thousands of Swiss cows, sheep, goats, and other animals spend their summer in the Swiss Alps to graze on the rich and tasty grasses and wildflowers of the alpine pastures. The special tasting milk that is produced is then processed into aromatic cheeses and other dairy products. With the beginning of fall and the colder weather, the animals descend from the mountains to their winter quarters. In many communities, this alpine descent is still celebrated with very traditional and picturesque festivals, also known as the "Alpabfahrt" or "Alpabzug" in German-speaking Switzerland.
This is one of the largest alpine descents, with more than 10,000 visitors welcoming back the farmers with their beautifully decorated herds. The herds will arrive in Schüpfheim, in the UNESCO acknowledged Entlebuch region, from 11:00. There will be a market with numerous stalls selling regional products from 10:00–16:30, as well as traditional food. About 15 minutes after the passage of the last herds, a large choir of yodelers, Alphorn players on the church steps, and the beginning of the Älplerchilbi in Schüpfheim will round off the spectacular event.
Be sure to confirm the dates before you head out as sometimes festivals or at least the descent of the animals may have to be cancelled or changed on the basis of weather or the availability of feedstock.
This event is free of charge; consider public transport as parking is limited.