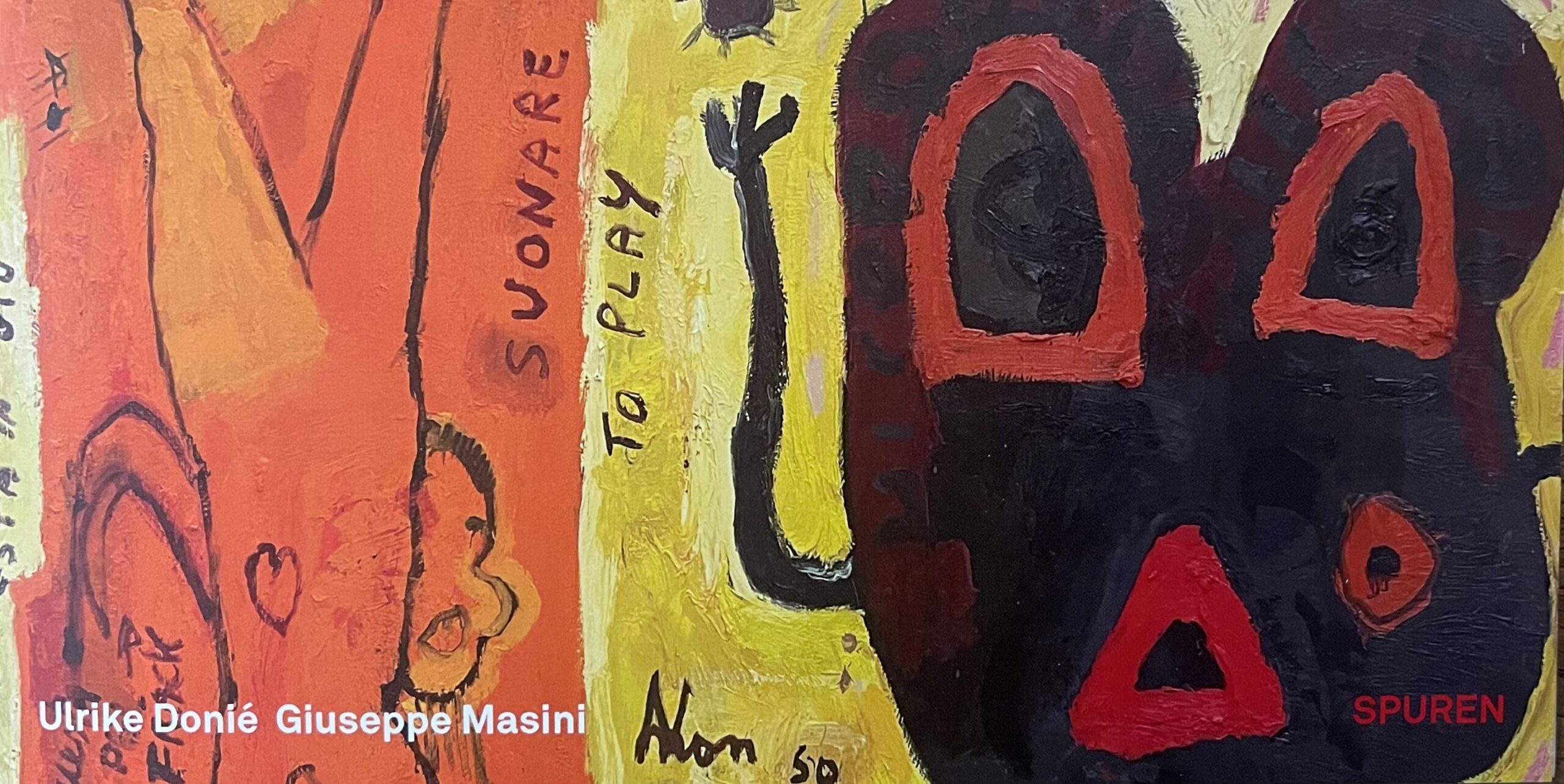 “Spuren” (Traces) is the name of an exhibition of works by Ulrike Donié and Giuseppe Masini. Although their works and vitas differ significantly from each other, they both have something in common.
Donié’s colorful, mostly large-format pictures offer many possibilities for interpretation. In order to give the viewer the greatest possible freedom to make their own associations, her works have no titles. She composes colors and forms in which the viewer thinks they recognize three-dimensional things, until they dissolve again and merge into new images. The images change—like our feelings. What appears at first glance to be "Renaissance heaven" can change into something completely different if you look at it for a longer period of time. https://www.ulrike-donie.de/index.php
Most of Masini's paintings are also in a large format. They are covered with ornamental patterns and mysterious symbols. Many of his pictures reflect scenes from everyday life, his life with his family, or with well-known people from the media. Some motifs have their origin in an ancient folk religion, which is still very much alive in Italy. The figures in his paintings are always related to one another. Sometimes this reference is openly recognizable, often encrypted. Archaic worlds can be found in the pictures and also in the ceramic figures. The rider with a bird on his shoulder is a recurring subject. What meaning does the artist see in it? Why does an animal have 8 legs? What do we see in it? His picture titles give us a possible help. https://giuseppemasini.art/
The duality of life now and in the past shimmers through differently in both artists, changes, combines to form a very personal impression and at the same time to an amazing enjoyment of art.
Opening hours for this exhibit are Saturdays from 15:00-18:00 and Sundays from 14:00-18:00.