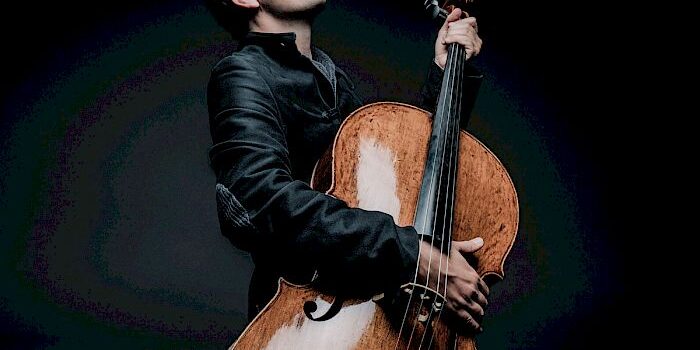 After a four-year break, the fabulous VivaCello Festival is back! This edition, which is called "Furiant," will take place once again in the old town of Liestal with a total of 13 concerts, including atmospheric morning concerts in the Mooi restaurant, after-work concerts in the Kulturscheune, and symphony and chamber concerts in the Stadtkirche that tell of the rich musical culture of Bohemia. The Bohemian dance "Furiant," which means "enthusiastic," sets the standard for the music and protagonists of this festival that is all about the cello.
The finale of the 7th VivaCello Festival presents nothing less than the greatest works of the Bohemian composer Antonin Dvořák. His Symphony No. 9 in E minor, “From the New World," immortalized Dvořák's fame. But if only one of his works was to remain, it would have to be his cello concerto! It combines everything that makes him Bohemia's greatest composers and which we love so much about him—pure melody, endless inventiveness, cantilenas, natural moods, bubbling, never-repeating accompanying figures, lyrical passages with goosebumps, and the radiant abundance of the brass. If the music were a film, it would be a wide-screen film with a Technicolor patina.
Tickets are CHF 50 for adults, CHF 25 for students until age 26, and CHF 5 for accompanying kids up to age 12.