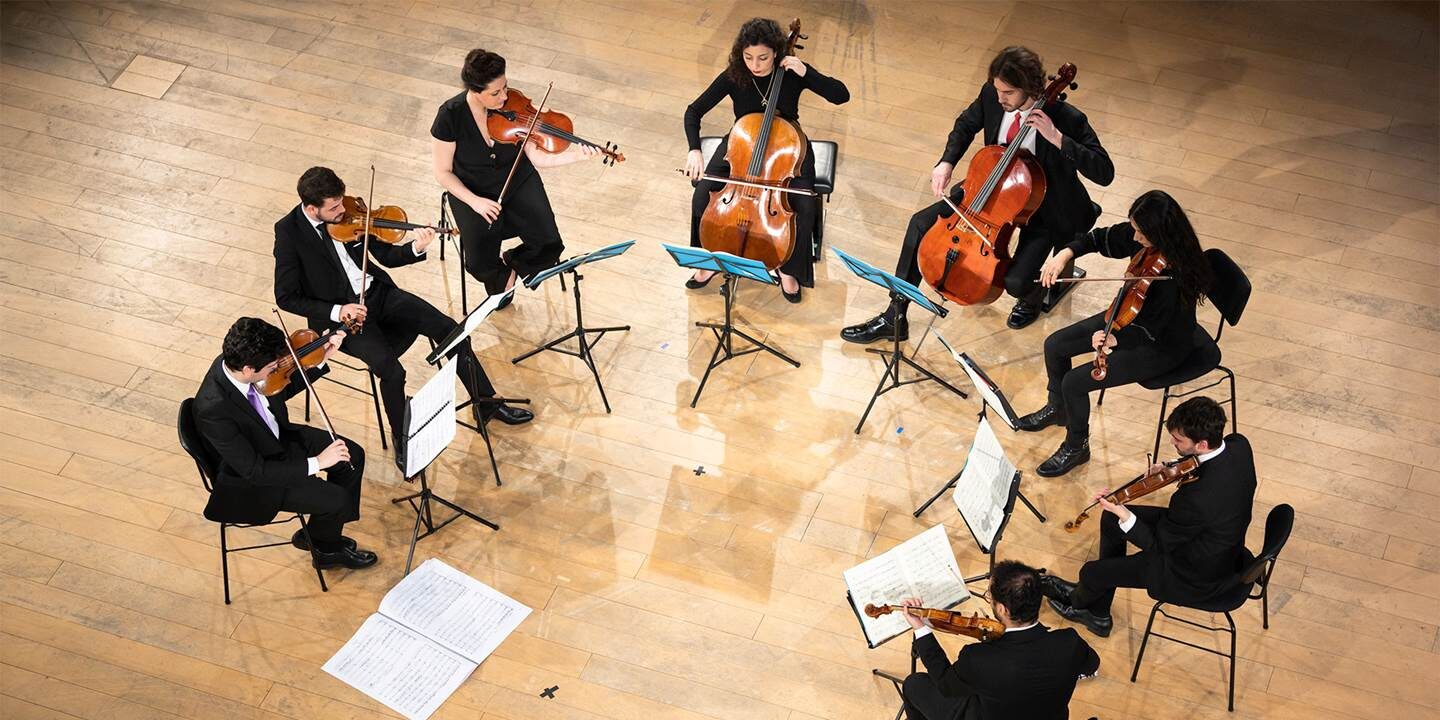 The West–Eastern Divan Orchestra is an orchestra based in Seville, Spain, consisting of musicians from countries in the Middle East, as well as from Egypt, Iran, Israel, Jordan, Lebanon, Palestine, Syria and Spain. With violinist and conductor Michael Barenboim, they will be playing works by Franz Schubert (Rondo for violin and strings in A major D 438), Benjamin Attahir (“Jawb,” a commissioned work), Pierre Boules ("Anthemes 1" for solo violin), and Johannes Brahms (String Sextet No. 1 in B flat major, op. 18).
Tickets are CHF 40-110 for adults and CHF 20 for students.