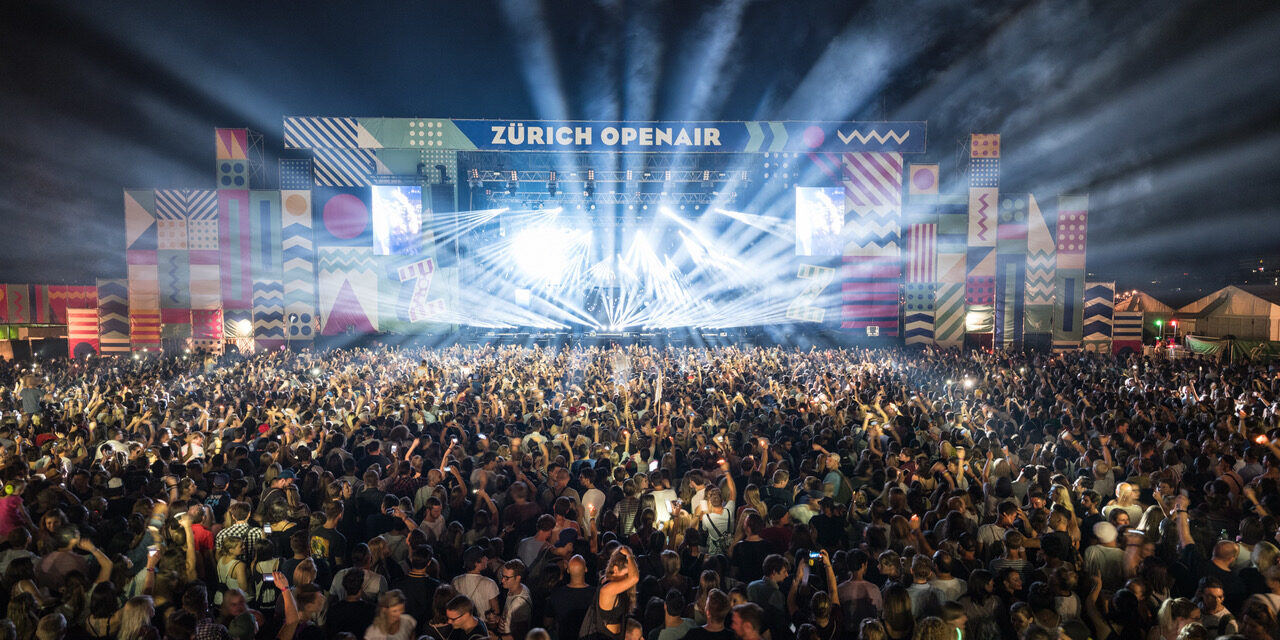 The Zürich Openair is the largest and most popular open-air festival in Zürich. Over the course of five days, it delights music lovers with the sounds of electronic and rock music and a fascinating festival site featuring a wide variety of food and entertainment stands. This year, more than 80 international top acts will perform at the festival, including Artic Monkey, Kings of Leon, David Guetta, Martin Garrix, Kygo, and many more.
Zürich can be reached by train in just over an hour and the festival grounds can best be reached with one of the many extra trams and busses that will be running to accommodate the crowd. Note that local Zürich transport (ZVV) is included in the festival ticket.
You can buy passes for 1 day (CHF 99), 2 days (CHF 179), 3 days (CHF 249), 4 days (CHF 309), or 5 days (CHF 359); tickets are available at https://zurichopenair.ch/en/tickets/. Camping tickets starting at CHF 30 and VIP tickets are also available.