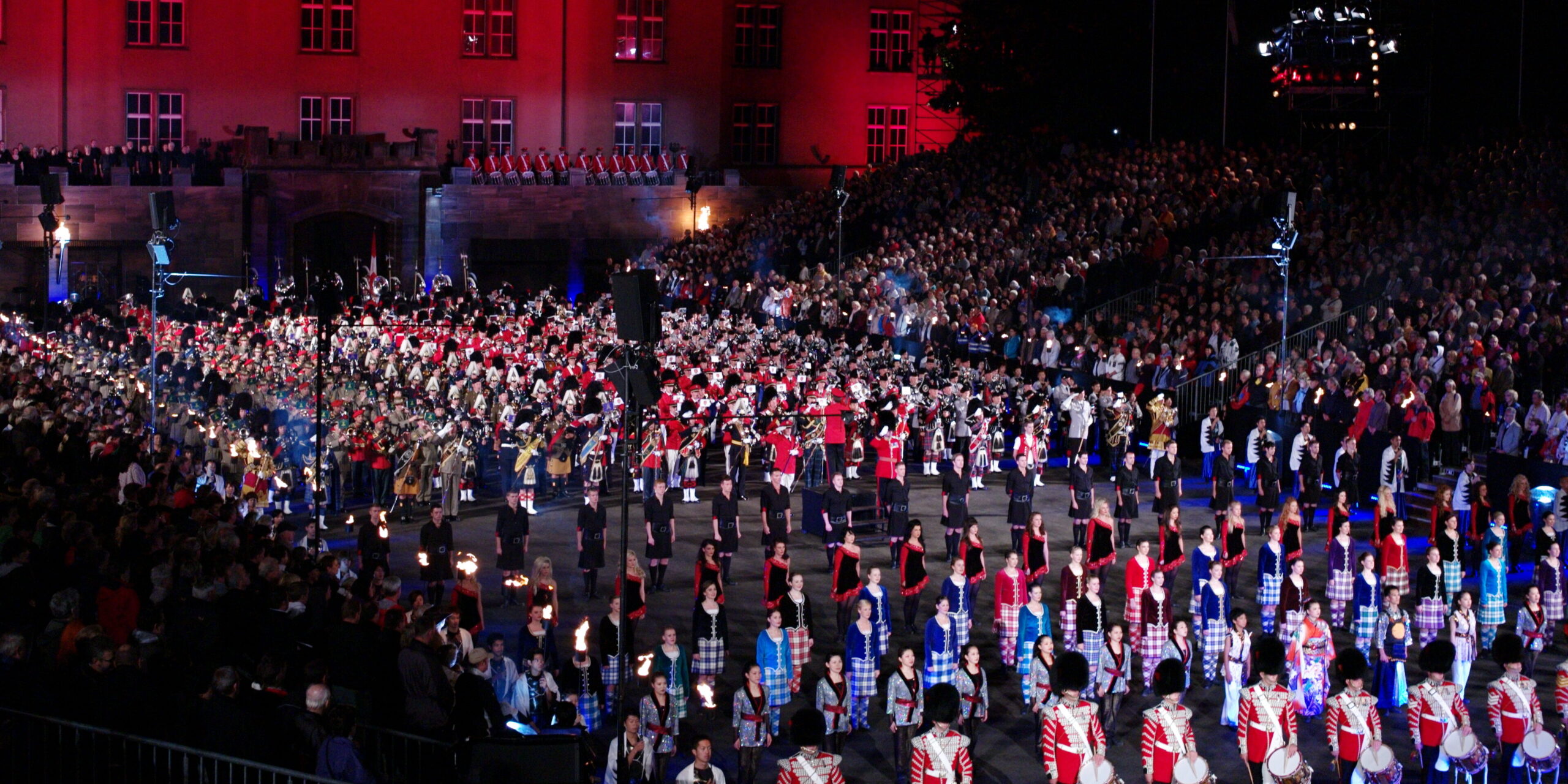 For nine days, the area around Kaserne is taken over by what many Baslers consider the biggest event of the summer—the Basel Tattoo. The event, which is celebrating its 15th anniversary this year, is the world’s second-largest and one of the most spectacular open-air tattoos. The whole Kaserne, which once served as military barracks, will be transformed into a stage for drum corps from all corners of the world, including bands from royal houses, that put on spectacular shows with drumming, original choreography, lights, costumes, and colors.
Audiences will be haunted by the Scottish Highland sounds of the Massed Pipes & Drums, moved by world-famous catchy tunes, rocked by classics of pop and rock history, and impressed by military-style music performed while the musicians march in complicated patterns. This year’s edition of the Basel Tattoo again promises to be a spectacular event with approximately 1,000 participants from around the world, including Scotland, Great Britain, Norway, Canada, USA, South Africa, Australia, Malta, and Switzerland. A particular highlight is Basel’s own Top Secret Drum Corps, who have wowed audiences around the world for the past 25 years with their impressive routines. There are a total of 11 shows at Kaserne during this year’s festival; nine shows start at 21:00/21:30 and two shows start at 17:30.
The event will be accompanied by a mini street-food festival as the whole street that lines the Kaserne will be bustling with beer stands and food tents offering culinary treats to suit everyone’s tastes. It’s a great place to gather and indulge before and/or after the shows and to meet the musicians and performers from the shows up close and personal.
The Basel Tattoo summer spectacle will also include a fabulous parade through the city streets on July 16 and a children’s day where kids can get some hands-on Tattoo experience from the professionals themselves on July 23.
Tickets for the shows at 21:00/21:30 are CHF 49-160 (half price for children up to age 9). Tickets for the early shows on Saturday, July 16 and 23, are are CHF 39-140, half price for kids ages 10-16, and free for kids under age 10. Tickets can be purchased through their online ticket shop, via Ticketcorner, or at the Basel Tattoo Shop at Schneidergasse 27 in Basel.

Where
Kaserne Basel
Klybeckstrasse 1b
4057 Basel