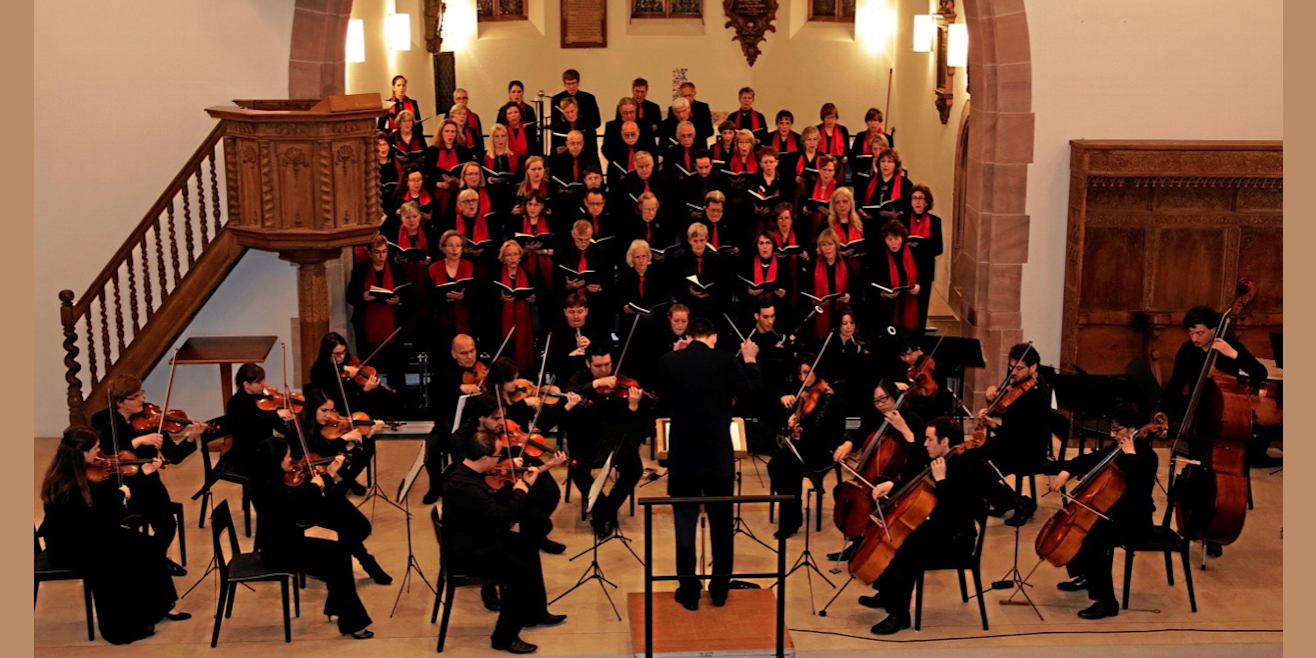 The Oratorienchor Baselland (Baselland Oratorio Choir) was founded in 1963 by the conductor Albert E. Kaiser (1920 – 2004). After Kaiser’s death, it merged with the choir of the Collegium Musicum Basel, which he had also founded. It was then led by conductor Aurelia Pollak until 2013, and Fritz Krämer has been conducting the choir since 2014. The choir consists of about 40 singers who sing oratorios and other choral works, many of which are performed in the Basel region every year. At the concerts, the choir is supported by professional soloists and musicians, like the powerful bass-baritone Dominik Wörner, in addition to other well-known greats such as the soprano Núria Rial, pianist Aglaia Graf, as well as orchestras like the Neue Orchester Basel, the Akademische Orchester Basel, and the Kammerorchester der Regio Basiliensis.
At this concert, the choir, accompanied by pianists Irina Georgieva and Irena Gulzarova, will be performing works by Johannes Brahms’ “Liebesliederwalzer 1-18; Franz Liszt’s “Spanish Rhapsody” S. 254 and “Mephisto Waltz,” S. 514; and Antonín Dvořák’s “Slavonic Dances” op. 46, No. 1 and No. 8.
Tickets are CHF 35-45 for adults and CHF 25 for students.