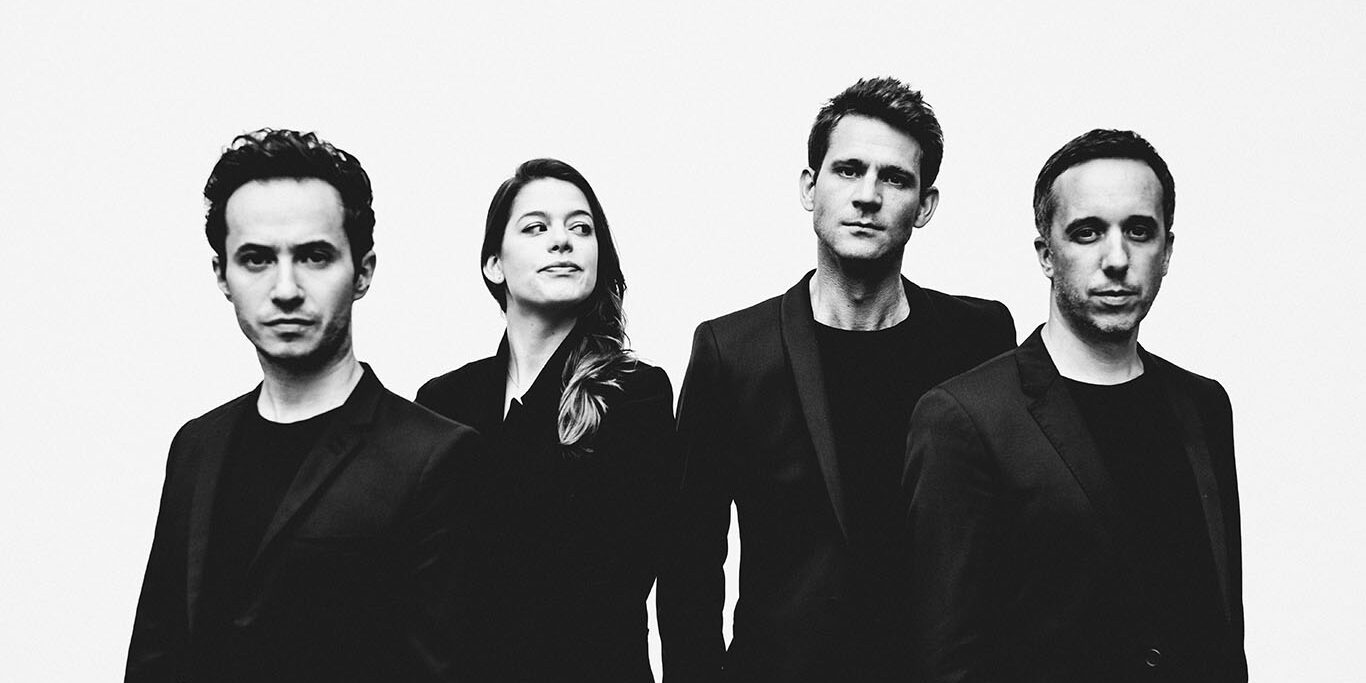 The Quatuor Ébène was founded in 1999 by four students of the Conservatoire National de Région de Boulogne-Billancourt. Barely five years afterwards, the four musicians were the first French string quartet to win 1st prize in the International ARD Competition in Munich in 2004, as well as the Audience Prize, the Karl Klinger Foundation Prize, and twice the prize for the best interpretation. Quatuor Ébène perform regularly with a varied repertoire at important festivals and in numerous concerts throughout Europe. They also enjoy playing together with other musicians to perform works in larger ensembles. The quartet’s recordings (including a jazz album "Eros et Thanatos" in 2002, followed by their first classical Haydn recording in 2006) and concerts receive enthusiastic reviews.
On this evening, they will be playing six Fantasias for Strings by Henry Purcell; György Ligeti’s String Quartet No. 1, “Métamorphoses Nocturnes,” and Robert Schumann’s String Quartet No. 1, A minor, op.41, No. 1.
Tickets are CHF 38-68 for adults, CHF 28-58 for students under age 30, and CHF 5 for youths under age 20.