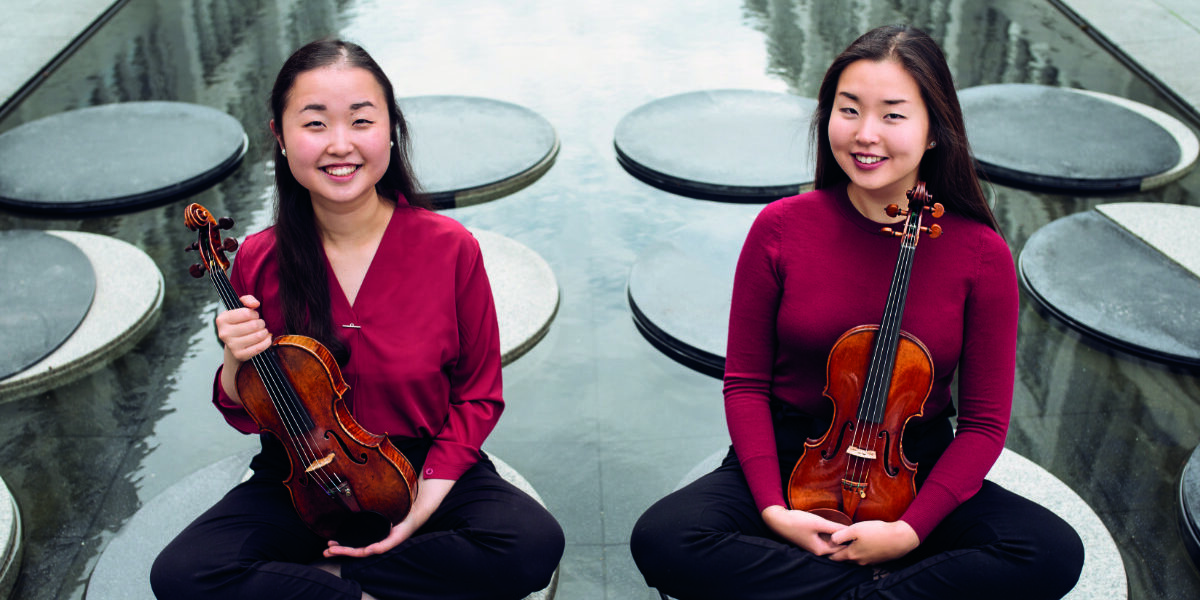 Two unusual sisters visit the Klanglichter for the 3rd concert of the 2022 season. The two violinists Bomi and Hani Song are Swiss with Korean descent; this alone creates a fascinating bridge between two very different cultures. They studied in Zürich, Berlin, and Munich with well-known professors and received numerous awards at international competitions. In addition, they have a wealth of experience as orchestra musicians (Verbier Festival Orchestra, Gustav Mahler Youth Orchestra), as chamber musicians in a wide variety of formations, but also as soloists with various orchestras.
The special talent of the sisters was noticed early on; even as young children, they could read both German and Korean and they completed the whole school at high speed by skipping several grades. However, due to early performances in front of large audiences, they were also confronted with prejudices and extremely high demands and expectations. Several SRF documentaries show in a touching way how childish views have condensed into mature views. Today, the sisters are also involved in programs such as "Live Music Now" and "Rhapsody in School." Together with Paola De Piante Vicin on the piano, they will ignite a virtuoso firework on two violins.
Tickets are CHF 38 for adults and CHF 23 for students.