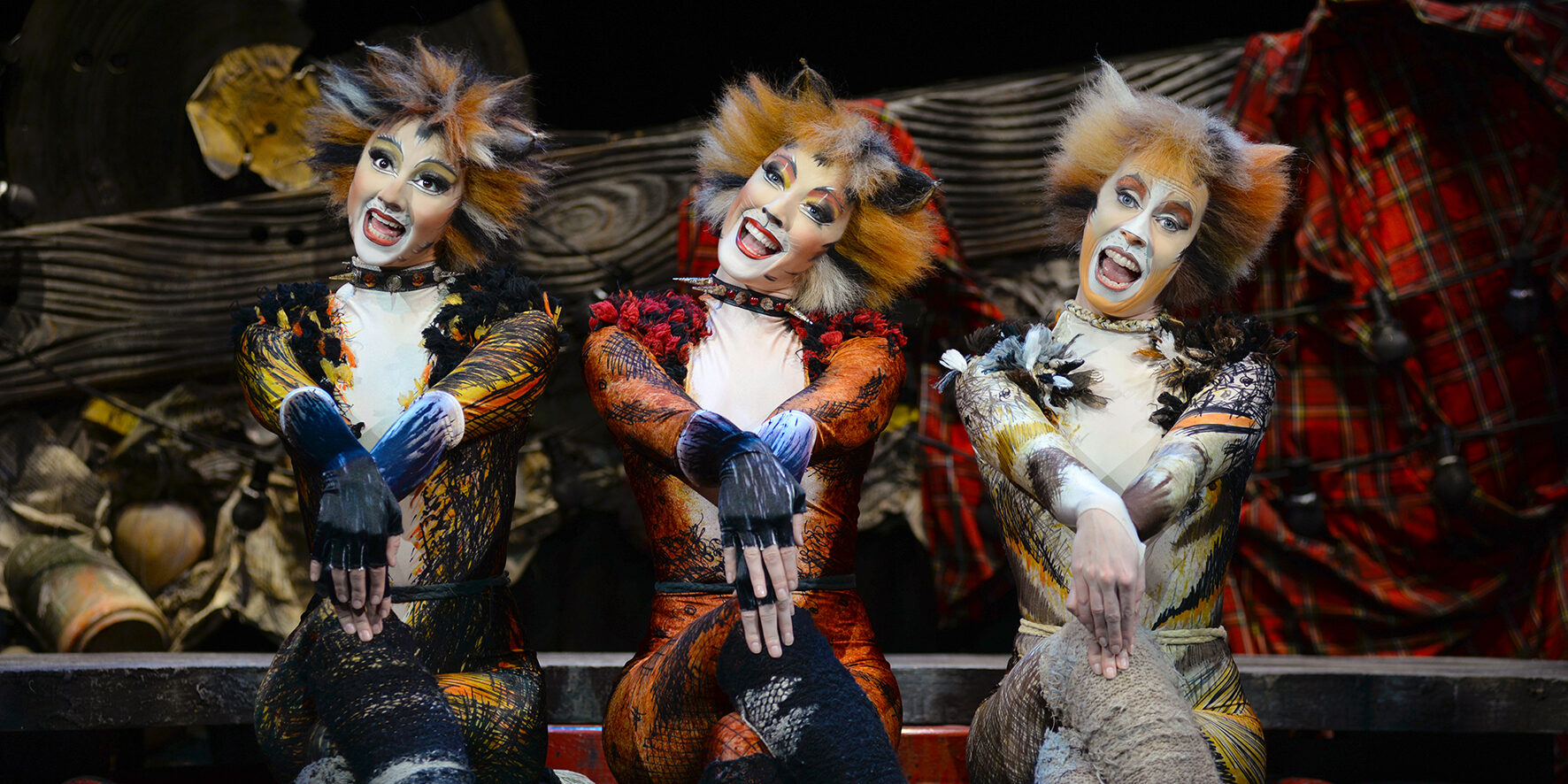 The most famous cats of all time are back on stage! "CATS" has revolutionized the musical world and broken all records: Andrew Lloyd Webber's masterpiece has already won more than 73 million enchanted viewers and numerous international prizes. There is no end in sight to the success story, because the character cats still cast a spell over children and adults alike. Now the original is returning from London's West End to Basel.
The successful production in English was nominated for the Laurence Olivier Award in 2015 as “Best Musical Revival”. “CATS” has already won seven Tony Awards, three Drama Desk Awards, and a Laurence Olivier Award. Look forward to rousing songs, dizzyingly acrobatic choreographies, and truly magical moments.
“CATS” takes its audience into the mysterious world of the Jellicle Cats. At the annual full-moon ball in a London junkyard, the entire cat gang—from the wily Macavity to the innocently beautiful Victoria and the swashbuckling seducer Rum Tum Tugger—vie for the gift of a second life. Feline movements playfully merge with human characteristics to Andrew Lloyd Webber's incomparable melodies. The atmospheric stage design and the unique costumes make the overall work of art perfect. Emotional high point: the world hit “Memory” with which the rejected cat diva Grizabella recorded one of the most touching moments in musical historyhas created.
Tickets are CHF 58-138, half-price for kids under 16, and 30% off for students and apprentices.