Sunrise Avenue—Thank You for Everything. The Final Tour 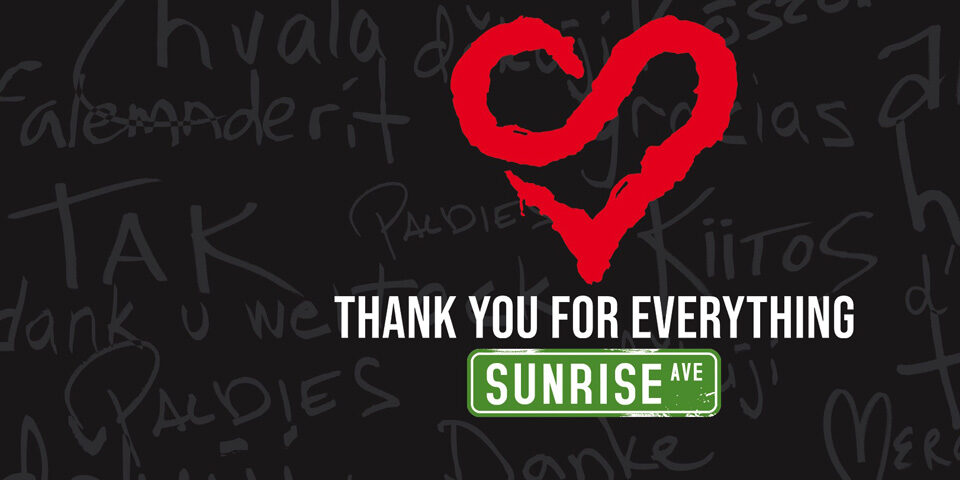 Sunrise Avenue released their debut album “On the Way to Wonderland” in 2006 and became one of the most internationally successful Finnish rock bands. The band can look back on five studio albums and one "Best of" album and have sold over 2.5 million records worldwide. With their last album, "Heartbreak Century," the band went straight to number 1 in the German charts and received gold status.
“It is with a heavy heart that I have to announce that we have decided to end our journey together as a band. I understand why it may be difficult to understand why we are ending something so special. But behind all the success are a lot of things that can't be seen. There are many different people, all with their own needs and desires. There are millions of dotted lines along the highways, lonely hotel rooms, and homes far away that we miss. There is also the feeling that we have achieved everything that was possible. Now it's time to take a deep breath and live for the next dream. We just have to dare to follow our hearts. And that's what we are now doing after much consideration,” comments Samu Haber, lead singer, guitarist, and founder of Sunrise Avenue. After 17 years, Sunrise Avenue are ending their career and saying goodbye to their fans in Germany, Austria, and Switzerland with a farewell tour "Thank You for Everything—The Final Tour."
Tickets start at CHF 72.75.