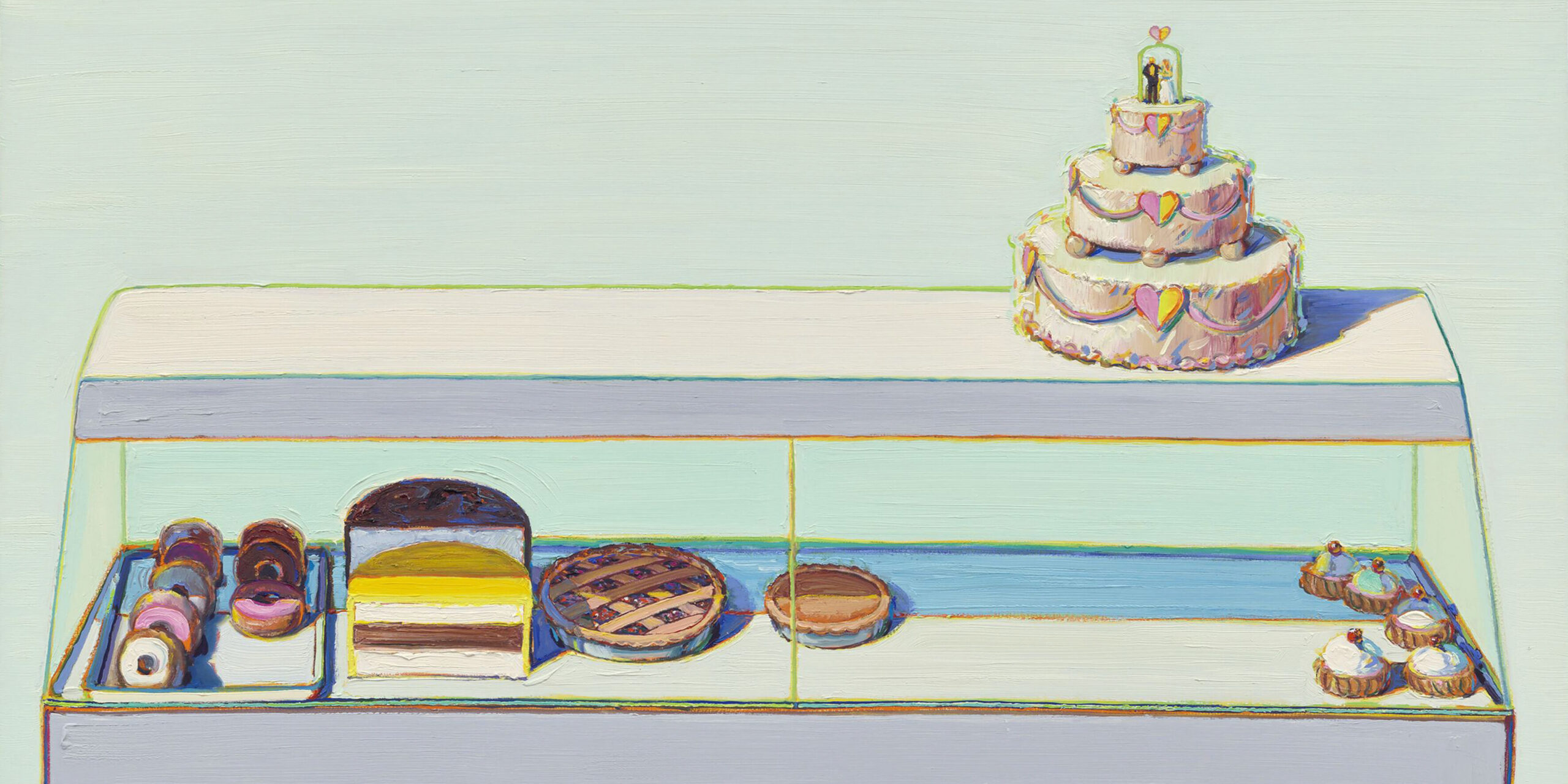 The acclaimed American artist Wayne Thiebaud (1920–2021) originally started out as a graphic designer and briefly worked for Walt Disney Studios’ animation department. In his celebrated food still lifes, Thiebaud depicted the promise and profusion of the “American way of life”—a society of supply without demand. This is reflected in his tactile use of color layers, which bring the objects to life and create an atmosphere that balances irony and melancholy. With dazzling technique, Thiebaud pushed the possibilities of painterly expression to the very limits of the world as we see and imagine it. The exhibition at the Fondation Beyeler will show the many aspects of Thiebaud’s work—next to still lifes it will also feature portraits as well as multiperspectival cityscapes and landscapes, with which he redefined this seemingly old-established art historical genre.